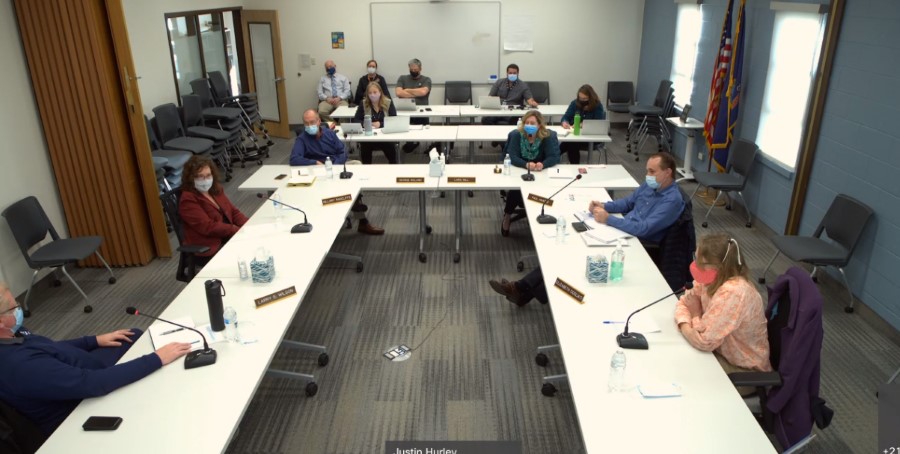 IDAHO FALLS — Students in Idaho Falls School District 91 will make the switch from four days a week in-person learning to five on March 8, the Board of Trustees voted Tuesday afternoon. Mask mandates will remain in place for the time being.

In a work session meeting, the board discussed the decision of switching to the district’s “green” phase and what that would mean for both in-person education and mask requirements.

Eastern Idaho Public Health moved Bonneville County to the green phase on Feb. 8. In a school board meeting held on Feb. 11, the board unanimously voted to postpone the decision to change any COVID-related policies until today’s work meeting.

The recommendation from the District Administration Team was to change the current four day a week in-person learning at the beginning of the next trimester. Currently, students in most D91 schools only have classes Monday through Thursday and additional help and online work is available Friday. However, Superintendent George Boland said the plan for Fridays have not had the intended impact for all students.

“My concern is that the kids that really need the help are not the kids we are getting on Fridays,” Boland said.

Trustee Paul Haacke’s motion to move to the district’s green phase on March 8, which includes all schools having sessions five days a week, was unanimously passed. The decision to continue requiring masks made for a larger debate.

Chair Lara Hill brought up the information trustee Larry Wilson presented at their last meeting, where he had reached out to the district’s 18 principals and school directors. Out of the 16 that responded, Wilson reported that 15 recommended the district keep the mask mandate as it currently stands.

In the last meeting, Haacke discussed allowing teachers, coaches, and others with authority to decide for themselves if they want to require masks in their own areas. Others, like Hill, felt like that was too much of a burden to place.

“I don’t think it’s a fair thing to put on the shoulders of a teacher,” Hill explained. “That can cause so many issues from one classroom to another.”

The discussion got very heated, espically between Haacke and trustee Elizabeth Cogliati. During the discussion, Haacke was comparing COVID-19 numbers in other districts where schools has lifted masked mandates, trying to state that lifting the mandate wouldn’t directly correlate with increased cases. When Cogliati tried to state her view on focusing on just this school district and deciding what recommendations from the CDC to apply to the local area, Haacke began talking over her, which resulted in Cogliati screaming at Haacke to stop interrupting her. She than continued to state her views, but struggled to regain her breath in the process. Cogliati raised her voice at Haacke a few more times in the meeting as he continued to fight the other members of the board on keeping a mandate.

Wilson made a motion to require masks in district activities, classes, school busses, commons, and hallways where social distancing is not available. It was clarified that through this motion, students who are exposed to someone positive with COVID-19 would not be required to quarantine because they would be wearing masks.

Hill, Wilson, and Cogliati, and Hillary Radcliffe, voted in favor of the motion, with Haacke voting against it. This meant the motion also passed by the school board and will not change when the district moves to the green phase on March 8.

“I think it’s the right thing to do.” Hill added.

0 0 0 0
Previous : Pence speaks highly of Trump in meeting and notes he’ll soon launch a political group
Next : Can I share renters insurance with my roommate?