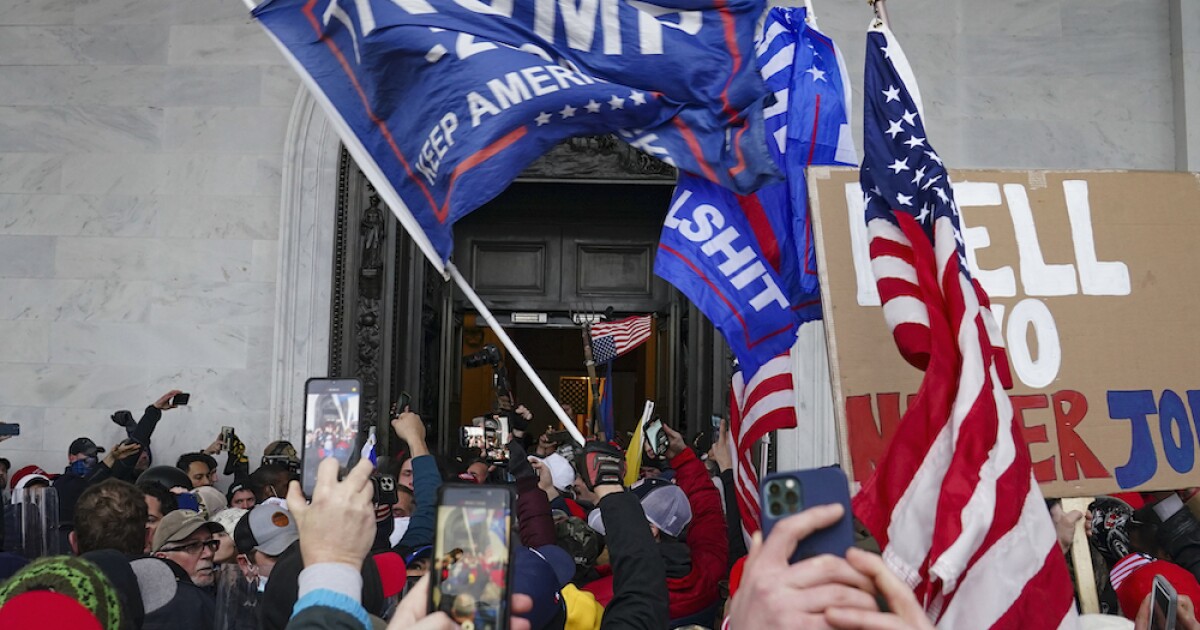 Senators on Tuesday will question officials who were in charge of securing the Capitol the day thousands of Trump supporters broke into the building in a massive riot that led to the deaths of five people.

Tuesday’s hearing, a joint meeting of the Senate Homeland Security and Governmental Affairs Committee and the Senate Rules and Administration Committee, will feature testimony from the former Senate and House Sergeants at Arms and the former chief of the U.S. Capitol Police, all of whom resigned following the Jan. 6 riots.

On Jan. 6, thousands of supporters of President Donald Trump rushed to the Capitol following Trump’s speech on the National Mall. Capitol Police and D.C. Metro Police were quickly overwhelmed by the thousands of Trump supporters, allowing rioters to breach the Capitol.

Lawmakers, who were in the process of the rubber-stamp approval of the electoral college results, had to be hustled out of their respective chambers and were sheltered in secure spaces in the massive Capitol complex.

At least one Trump supporter was shot and killed by Capitol police. A Capitol police officer was killed when he was struck in the head by a fire extinguisher, and two Capitol officers who were on duty that day have since died by suicide.

In the days since the riot, it’s become clear that right-wing groups planned their attack publicly on social media, and were able to breach the building despite those warning signs.

On Tuesday, lawmakers are expected to grill security officials about their lack of preparedness. Sen. Gary Peters, D-Mich, the chair of the Senate Homeland Security and Governmental Affairs Committee, says he intends to do just that.

“Why were they not really fully prepared to deal with what was a very large violent attack on the Capitol?” Peters said Monday.

Tuesday’s hearing is expected to begin at 10 a.m. ET.

0 0 0 0
Previous : Life Lessons: Ramona Anderson shares her love story
Next : A plush toy picked up from a thrift store had 500 pills tucked inside