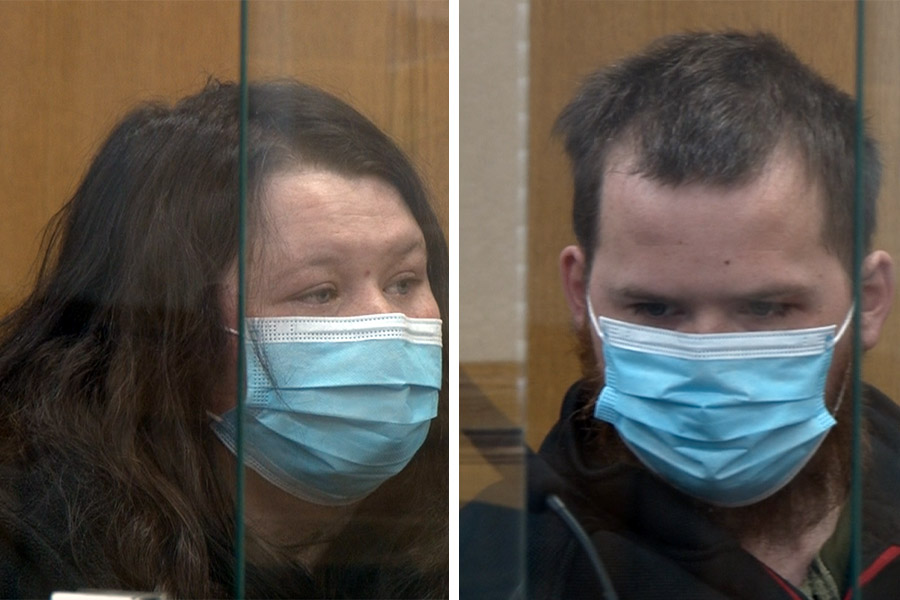 Shown in these separate photos, Amanda Berry, left, and James Berry, right, were sentenced Monday for the horrific abuse of their weeks-old infant in 2019. | Eric Grossarth, EastIdahoNews.com.

IDAHO FALLS — An Idaho Falls couple was sent to prison on Monday for the horrific abuse that eroded the brain of their six-week-old infant.

James A. Berry, 23, and Amanda L Berry, 24, were ordered by District Judge Dane H. Watkins Jr. to spend five and a half to 15 years in prison and four to 14 years in prison, respectively. The Berrys pleaded guilty to two felony counts of injury to a child after Amanda Berry took their unresponsive 6-week-old daughter to Eastern Idaho Regional Medical Center in July 2019 with no plausible explanation of the infant’s severe injuries.

“It is a miracle baby,” Watkins said. “In this case, these offenses would have changed dramatically had this child lost a life. We know that was very possible as we understand the extent of the injuries.”

As part of an Alford plea agreement signed in August 2020, prosecutors switched the infliction of great bodily injury sentencing enhancements to a second count of injury to a child. When defendants enter Alford pleas, they assert their innocence but agree there could be enough evidence for a jury to convict them.

“I would first like to say while I did not know my child’s bones was (sic) broken, I wish I could take it back every day,” Amanda Berry said before Watkins sentenced her. “I wish it had never happened, and I’m really sorry.”

James Berry said he did not know what to say when asked by Watkins if he had any statement.

When the child was at EIRMC, medical staff told investigators the newborn was under her birth weight and had many fresh and old injuries, according to an affidavit of probable cause. Her leg and ribs were broken, and she had two skull fractures. Head scans also showed two large pockets of fluid where the temporal lobes of her brain should have been. Doctors told detectives the voids were filled with blood and eroded brain matter.

“A pediatric neurologist was called in,” Bonneville County Senior Deputy Prosecutor Russell J. Spencer said. “He said these were the worse injuries he had ever observed on a patient that was still living.”

Both parents initially denied any involvement in the baby’s injuries. During follow-up interviews, the couple said they experienced blackouts and were “rough” when handling her.

While at the hospital, the child suffered persistent seizures, prompting doctors to place her into a medically induced coma. Spencer said hospital staff considered ending life support out of fear she would never recover.

After about two weeks, the child was stabilized and Child Protective Services took custody of the baby and placed her in a foster home. The child remains with a foster family and still struggles day to day, likely requiring help for the rest of her life.

While in her recovery, the child has been able to gain the ability to use both arms, sit up on her own and eat better than before. He said medical professionals are hopeful the child might be able to walk in the future. Spencer said the child’s eyes can see, but her brain cannot process the information yet because of the damage done.

“They are also hopeful that maybe with time, the pathways that allow for that to happen will heal or be reformed,” Spencer said. “She’s not normal for a baby at a year and a half, but they hope that maybe someday she will be able to do some things for herself.”

In addition to the time in prison, the Berrys were each ordered to pay $2,000 in fines.

0 0 0 0
Previous : Winter weather slows COVID-19 vaccine rollout
Next : Dangerous avalanche conditions, what you should know before heading out