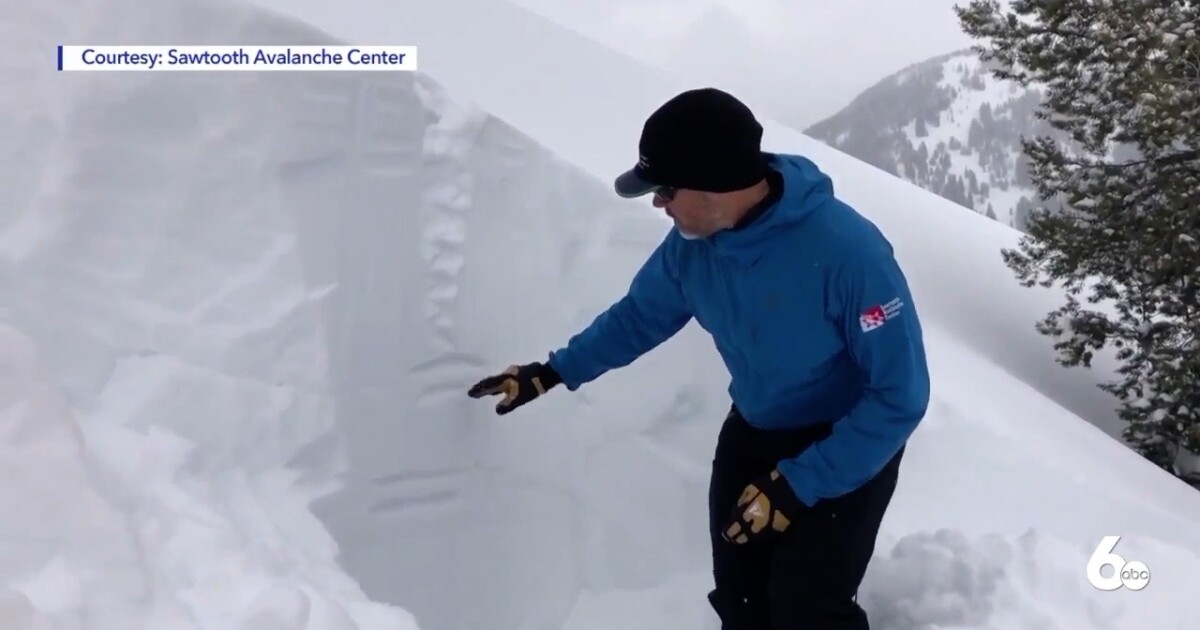 IDAHO — The Sawtooth Avalanche Center wants to remind everyone avalanche danger is high following the deaths of two snowmobilers over the weekend.

With the most dangerous conditions in the high elevations and steep terrain.

“Though the chutes and bowls look so inviting we have these series of weak layers that formed in December and January, and we have been getting snow so consistently across the whole rocky mountain west that the snowpack just needs a breather and it’s not getting one,” Savage said.

Which are prime conditions for an avalanche.

“The combination of the steady snowfall that we have been getting, you know it just seems like day after day after day and then you add some wind which blows the snow from one side of the mountain to the others and there you have your slab on a lot of slopes,” Savage said.

He added there are many things you can do to decrease your chances of being in an avalanche.

“If you stick to slopes that are less than about 30 degrees and arent below any really steep slopes either then you are in avalanche-proof terrain,” Savage said. “You can go and play whether it is riding your snowmobiles around the meadows having a blast or skiing slopes that just aren’t the really steep gnarly shoots.”

But if you do plan on heading out he said to make sure you know the forecast.

“if you are going somewhere that is covered by an avalanche center whether it’s the Sawtooth Avalanche Center, the Payette Avalanche Center or the Wallowa Avalanche Center check the forecast,” Savage said. “It will give you some great information and a really good starting point.”

Also, know the terrain you plan to be on.

“Go to avalanche.org or sawtoothavalanche.com and there are all kinds of really good educational resources up there,” Savage said.

If you do head out into avalanche terrain it’s important to have the correct gear.

“You always want to carry an avalanche beacon or transceiver, a shovel, and a probe,” Savage said. “And you want to keep them on you, not on your snow machine, and most importantly you got to practice and know how to use them.”

Make sure you never ride alone.

The Sawtooth Avalanche Center said that they expect dangerous avalanche conditions to continue especially as they track another storm system moving through this week.

0 0 0 0
Previous : Parents sentenced for abuse of infant who suffered the worst injuries doctor has seen on a living patient
Next : Charge dropped against Black man walking on icy Texas street