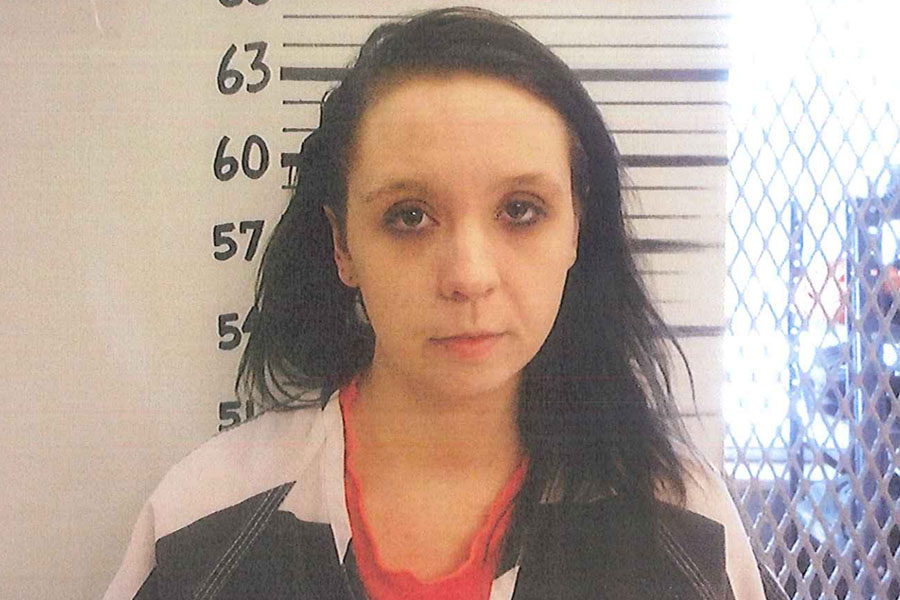 CHALLIS — Deputies say a Salmon woman apparently shot a man after he called 911.

Custer County Sheriff deputies say they received the emergency call from a man saying he had been shot on Feb. 7, according to an affidavit of probable cause. Investigators say Hailey N. Burch, 28, is responsible for the shooting and on Thursday, she was charged with felony aggravated battery.

When the victim called 911 around 3 a.m., he said he and Burch were driving on U.S. Highway 93 towards Salmon. The pair ended up at Steele Memorial Hospital and Lemhi County Sheriff deputies spotted bloody pants on the floor of Burch’s pickup truck.

The victim ended up at Portneuf Medical Center in Pocatello and after speaking with him, it became clear he and Burch had different accounts what happened, according to court documents. Deputies did not go into detail about the victim’s recollection of events.

With Burch’s pickup seized as evidence, investigators got a search warrant and seized multiple items. In the truck, deputies say they located bloody men’s jeans with a small bullet hole. Among the evidence were bullets and a softshell holster.

Burch came into the Custer County Sheriff’s Office on Valentine’s Day, according to deputies. Burch claimed she went with the victim to a bar to buy cigarettes and have a few drinks. The two then went to the Northgate Inn motel in Challis, according to Burch’s statement to deputies.

Deputies then asked Burch what happened at the hotel.

“I don’t want to say anything that would get me in trouble with someone else,” Burch responded, according to court documents. “I don’t know who, I don’t know why, so I need to protect myself. Nobody likes someone who says things to a cop. I’m not going to do that, then get myself killed or something.”

The investigators went to the motel and confirmed Burch and the man got a room the day of the incident. A worker at the hotel then gave deputies five video clips from surveillance cameras.

The video from the hotel shows Burch grabbing a gun from her purse and racking it, according to the probable cause. It’s not shown on camera what happens next, but 30 minutes later, deputies received the 911 call as the two were on the way to Salmon.

Burch was held in the Lemhi County Jail on $50,000 bail as of Friday. Lemhi County houses female inmates for Custer County.

A preliminary hearing is scheduled for March 1 before Magistrate Judge James Barrett Jr.

Although Burch is charged with a crime, it does not necessarily mean she committed it. Everyone is presumed innocent until proven guilty.

If convicted of aggravated battery, a judge could sentence Burch to spend up to 15 years in prison.

0 0 0 0
Previous : Boris Johnson lays out go-slow plan to take England out of lockdown by summer
Next : Mystery solved: We now know the story behind the Shelley crop circle