IDAHO FALLS — Eastern Idahoans love to eat out. It seems a new locally-owned or chain restaurant opens every few weeks, and some of the most read and shared stories on EastIdahoNews.com are about new places to get food.

Many of you have asked us about popular eateries you hope to see set up shop here soon. One day, just before lunch, we decided it was time to investigate. 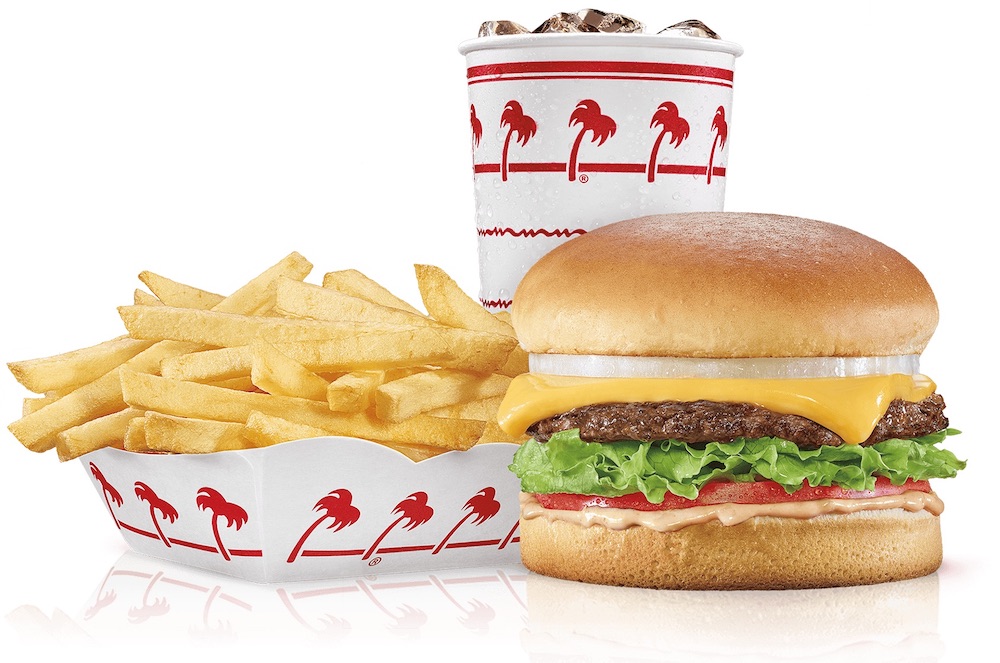 No restaurant is asked about more than In-N-Out Burger. The home of the Double-Double with fresh-cut fries, shakes and the not-so-secret menu has more than 350 locations across America. The closest In-N-Out to eastern Idaho is in Riverdale, Utah – about a 2.5-hour drive from Idaho Falls.

The fast-food chain has no restaurants in the Gem State, but that will change within the next few years, according to the company’s vice president of operations.

“While we are still in the earliest planning stages, we do anticipate serving Double-Doubles in Boise in the not-too-distant future,” Denny Warnick tells EastIdahoNews.com in a statement. “We’re grateful to hear frequently from loyal customers in Idaho who wish to have their own In-N-Out Burger nearby. Our president, Lynsi Snyder, has given us a five-year goal to turn that thoughtful feedback into reality. We’ll meet that goal, and we’re looking forward to joining the wonderful community there.” 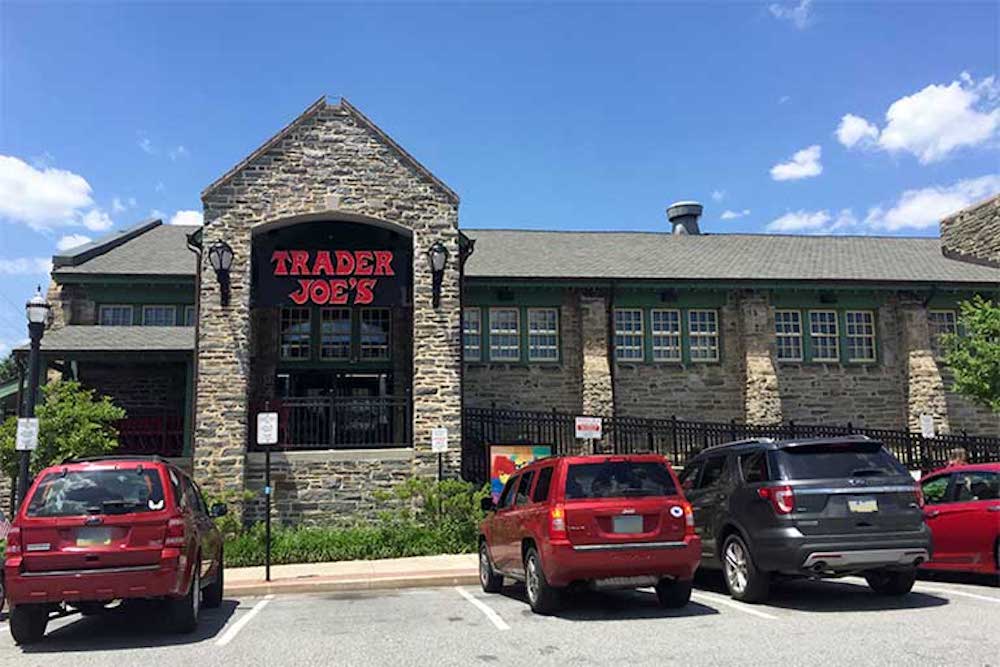 Trader Joe’s is not a restaurant – but it sells food and receives multiple requests every month from folks in eastern Idaho asking if the neighborhood grocery store will build here.

The chain announced three new locations Friday. Unfortunately, none of them were in Idaho. There are over 500 Trader Joe’s nationwide, including one in Boise and one in Meridian.

“I am not aware of a Trader Joe’s store being planned for either of those areas, or any location in Idaho, at this time,” says Kenya Friend-Daniel, the public relations director for Trader Joe’s. “Feel free to follow up in the future.” 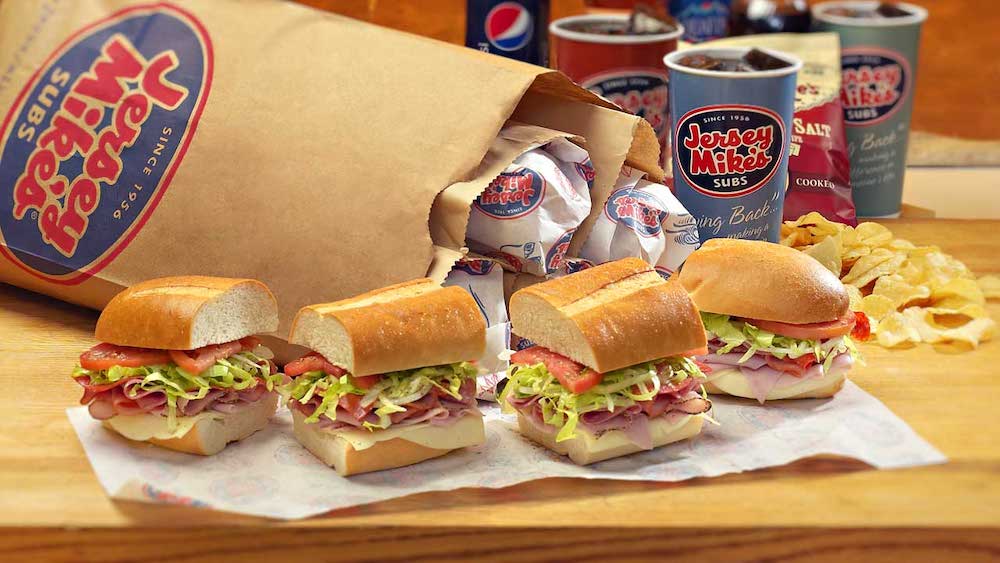 There are over 2,500 Jersey Mike’s Subs locations nationwide – and within weeks, Idaho Falls will be added to the list.

The popular sandwich chain is opening in Hillcrest Plaza next to Dutch Bros. on Sunnyside Road in Ammon. Jersey Mike’s offers a variety of cold and hot subs for customers served on white, wheat or rosemary parmesan bread. The restaurant also serves cheesesteak sandwiches.

“We’re as much of a sandwich shop as you’re going to get. It’s all fresh meat (and) fresh-baked bread. That’s what we’re about,” owner Charlie Gerard told EastIdahoNews.com in December. 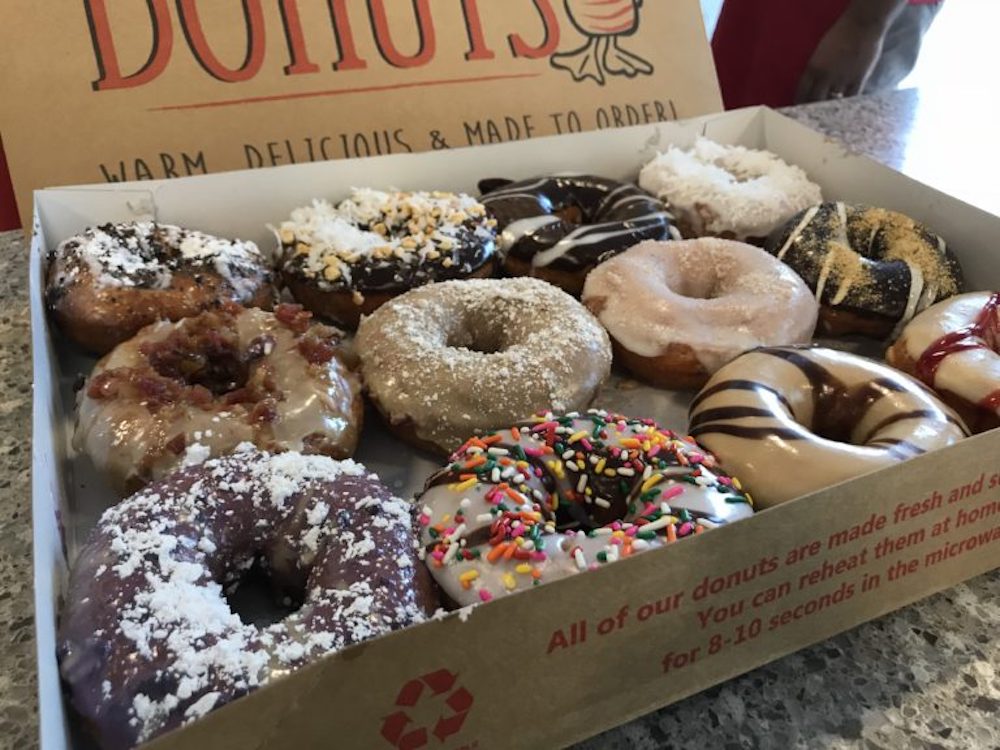 In the same shopping strip as Jersey Mike’s, you’ll soon find Duck Donuts. The chain currently has more than 225 stores in 26 states, and this will be the first Duck Donuts in Idaho. Another is under construction in Meridian.

The restaurant offers warm, made-to-order doughnuts with a nearly unlimited amount of flavors and combinations. The Duck Donut is the signature offering, which is a vanilla cake doughnut coated, topped and drizzled to the customer’s liking.

Co-owner Bonnie Wetsel told EastIdahoNews.com in September that once the Ammon store opens, she and her husband hope to expand Duck Donuts to southern Idaho and Jackson.

The delicious donut shop will be neighbors with Super Chix, a fast-casual dining franchise that offers a variety of chicken sandwiches, hand-cut fries, salads and frozen custard. Super Chix opened in Dallas in 2013 and has grown to include stores throughout the Lone Star state, Alabama and Utah. 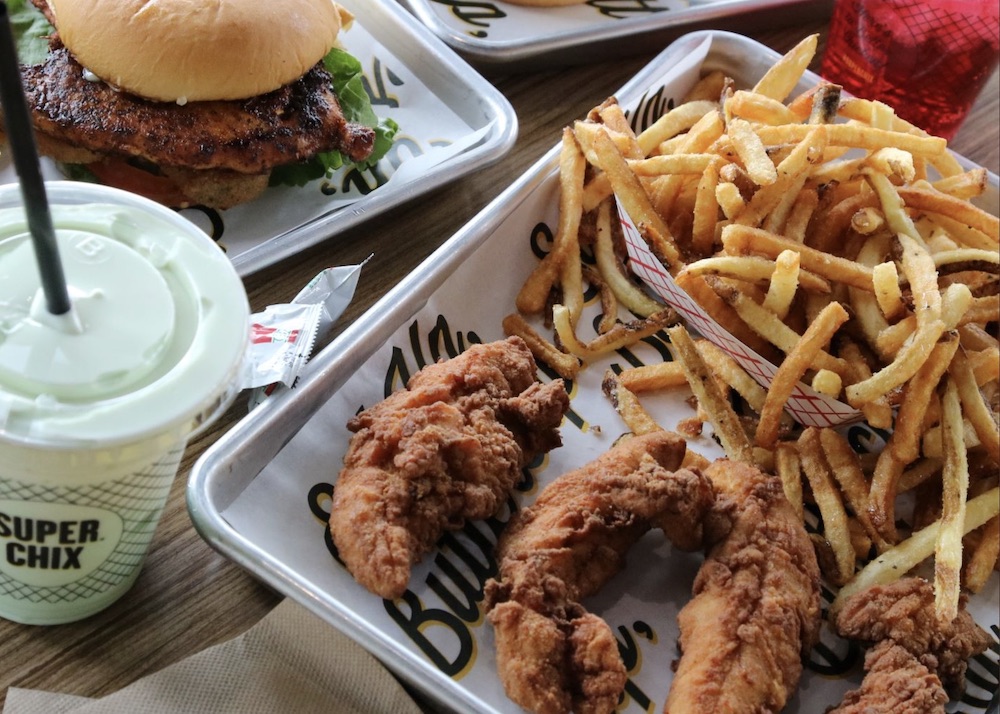 “This spot will be one of the best Super Chix locations in Idaho. Experience shows people like to eat out in the Idaho Falls area,” franchisee Bill Hawes told EastIdahoNews.com in December. “We’re excited to be in Idaho Falls. We’ve got some family here, and it’s great to be here.” 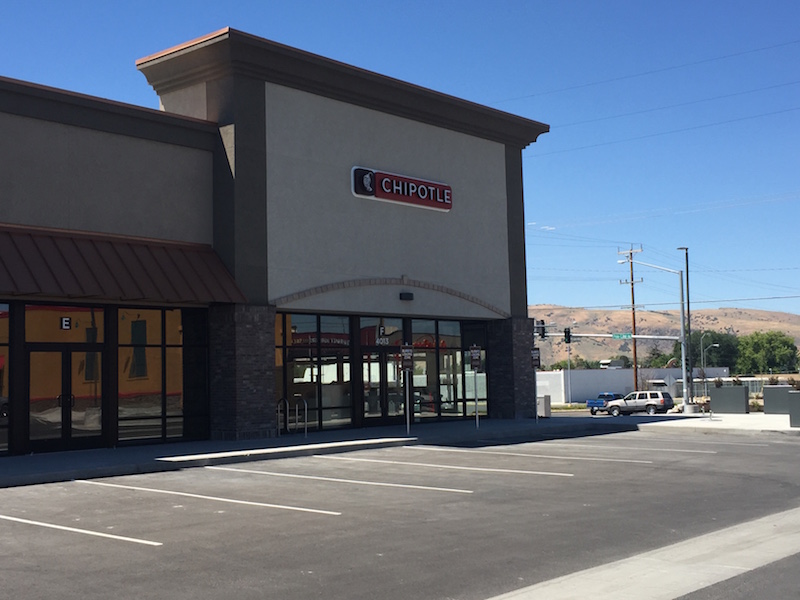 Chipotle Mexican Grill closed in 2018 less than two years after opening in Chubbuck. The fast-casual restaurant, known for its large stuffed burritos, is popular in other parts of the country and has locations in Boise and Meridian.

But don’t expect to visit Chipotle in our neck of the woods any time soon.

“At this point, we do not have a planned location in Idaho Falls or Pocatello,” Chipotle spokesman Tyler Benson tells EastIdahoNews.com. “But stay patient! We are always looking to bring our food with integrity to great new communities!” 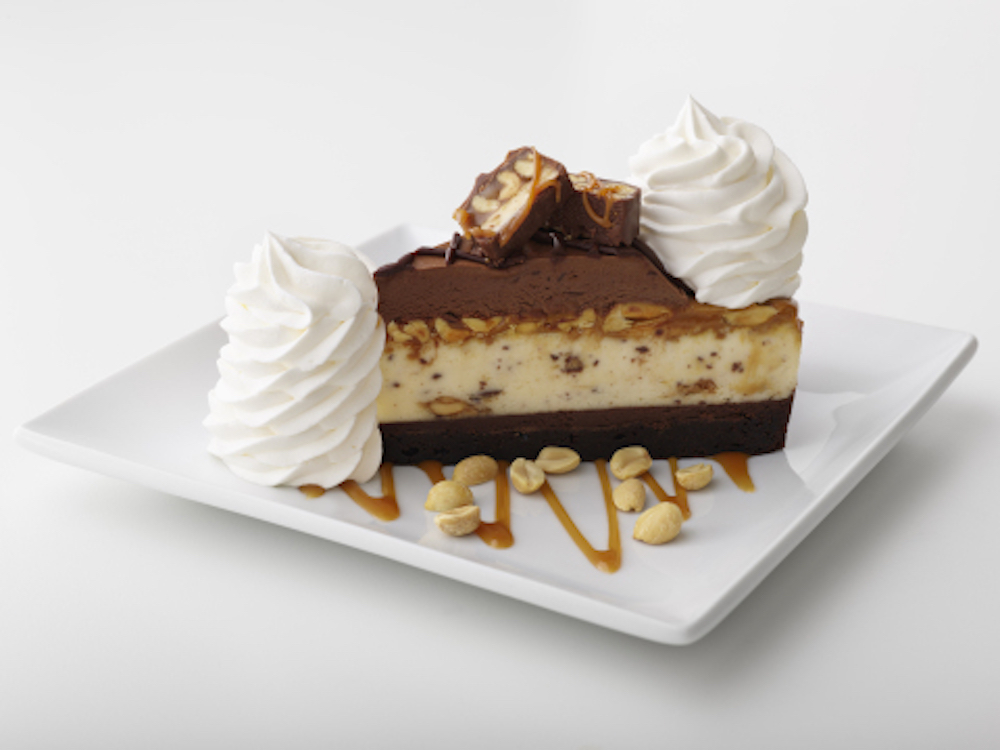 The Cheesecake Factory operates over 200 restaurants nationwide, including one in Boise and two in Utah.

“Our restaurant development team is always on the lookout for premier sites to further grow The Cheesecake Factory brand presence, and all sites that fit our criteria for success will be seriously considered.” 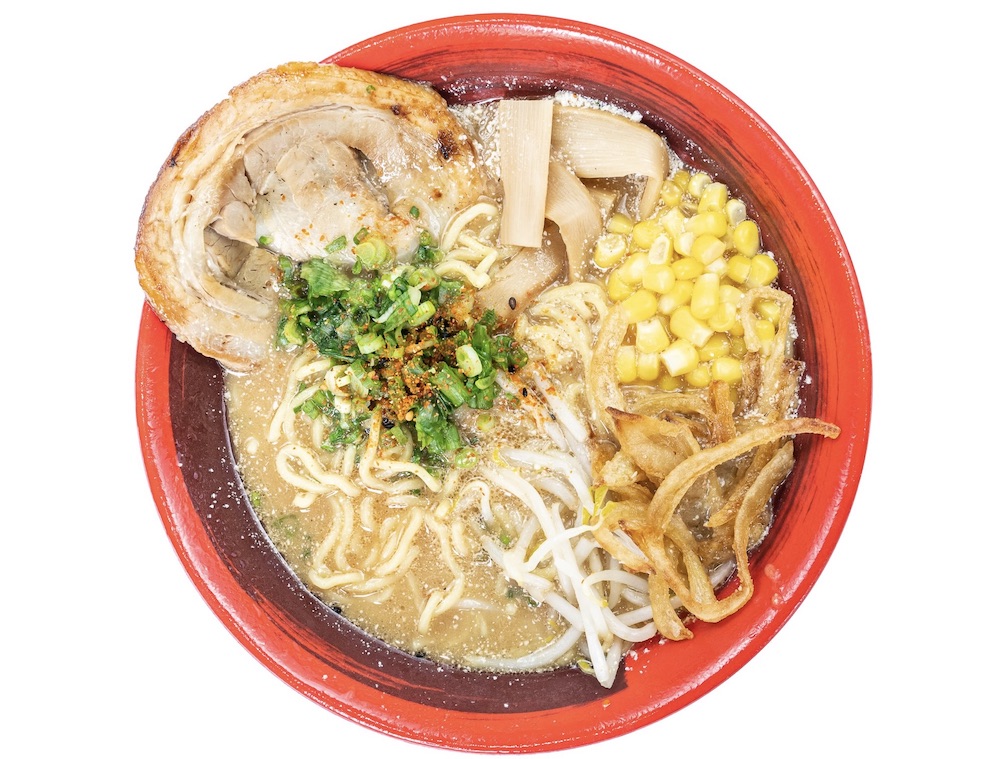 Hokkaido Ramen & Sushi Bar will set up shop in Snake River Landing near Love at First Bite and Bill’s Bike & Run. In Pocatello, the restaurant is opening at the Rail Crossings Shopping Center near Costco.

“Our menu offers fresh, original dishes,” said Hokkaido manager John Schneider last month. “We can’t wait to bring our authentic ramen and Japanese menu to Idaho Falls. We are unlike any other restaurant in the Idaho Falls area.”

Hokkaido’s most popular specialty menu selections include Gyoza and Bang Bang Shrimp, and a Tantanmen or the Spicy Beef Ramen. Thinly sliced “ramen eggs” and grilled pork “chashu” are signature accompaniments to any authentic Japanese ramen. Chashu is slow-cooked and thinly sliced pork belly, from the same cut as American bacon.

0 0 0 0
Previous : DISPATCH: Covering loss, even as it comes to your own door
Next : US deaths at brink of 500K, confirming virus’ tragic reach