An aerial of the crop circles uploaded to Facebook. | Photo courtesy Jeff Katseanes

SHELLEY — The crop circles spotted several weeks ago off Interstate 15 in Shelley were not of extraterrestrial origin — unless you consider the combination of pretzels and pizza to be an out-of-this-world idea.

In an email to EastIdahoNews.com Monday morning, the popular family-owned pizza chain Little Caesars took responsibility for the alarming markings. 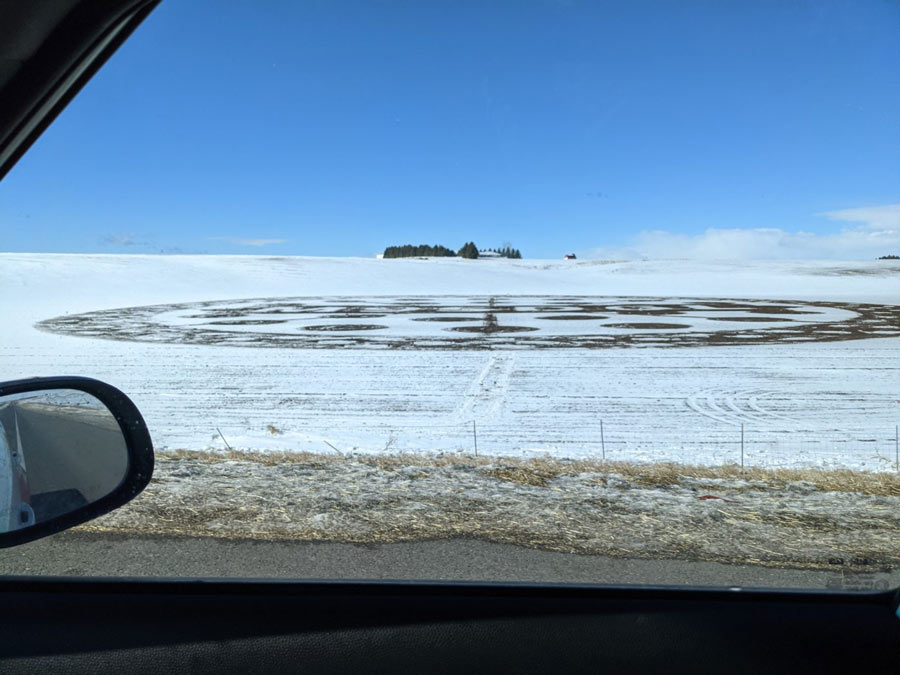 Mysterious crop circles visible off the west side of Interstate 15 near Shelley. | Kalama Hines, EastIdahoNews.com

The design was, in fact, a pepperoni pizza. But what many missed was the curious design of the crust. We now know that the polka-dotted design on the crust represents the salt on a pretzel. As a whole, the design announces the return of the company’s popular Pretzel Crust Pizza.

“Pretzel Crust fans, we hear you,” said Jeff Klein, senior VP of global marketing for Little Caesars, in a news release. “This pizza is our most popular product request on social media, and we’re excited to bring it back while treating customers to a few surprises along the way.” 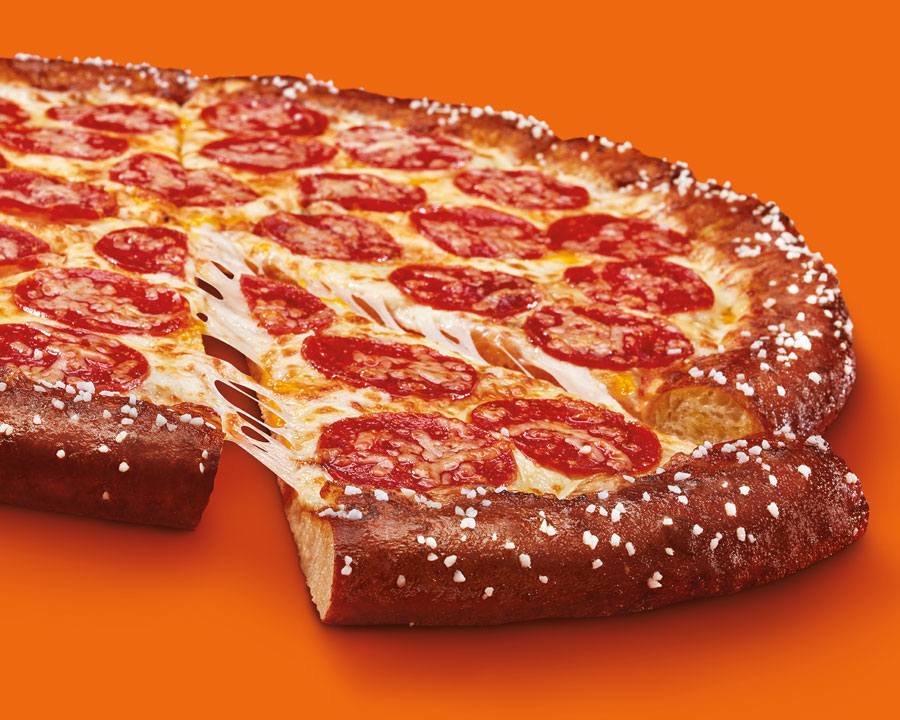 The Pretzel Crust Pizza, which is once again available now at participating Little Caesars locations for a limited time, debuted as a promotional item in 2014.

Centered in the crop circle was a code — M9SD6L. This is not a pizza coupon, but a code to be entered UnlockPretzelCrust.com for a chance to win exclusive prizes, like pretzel crust-themed shoes, rugs or a moped.

MazePlay, a corn maze design company based in Firth, was responsible for the application of the design.