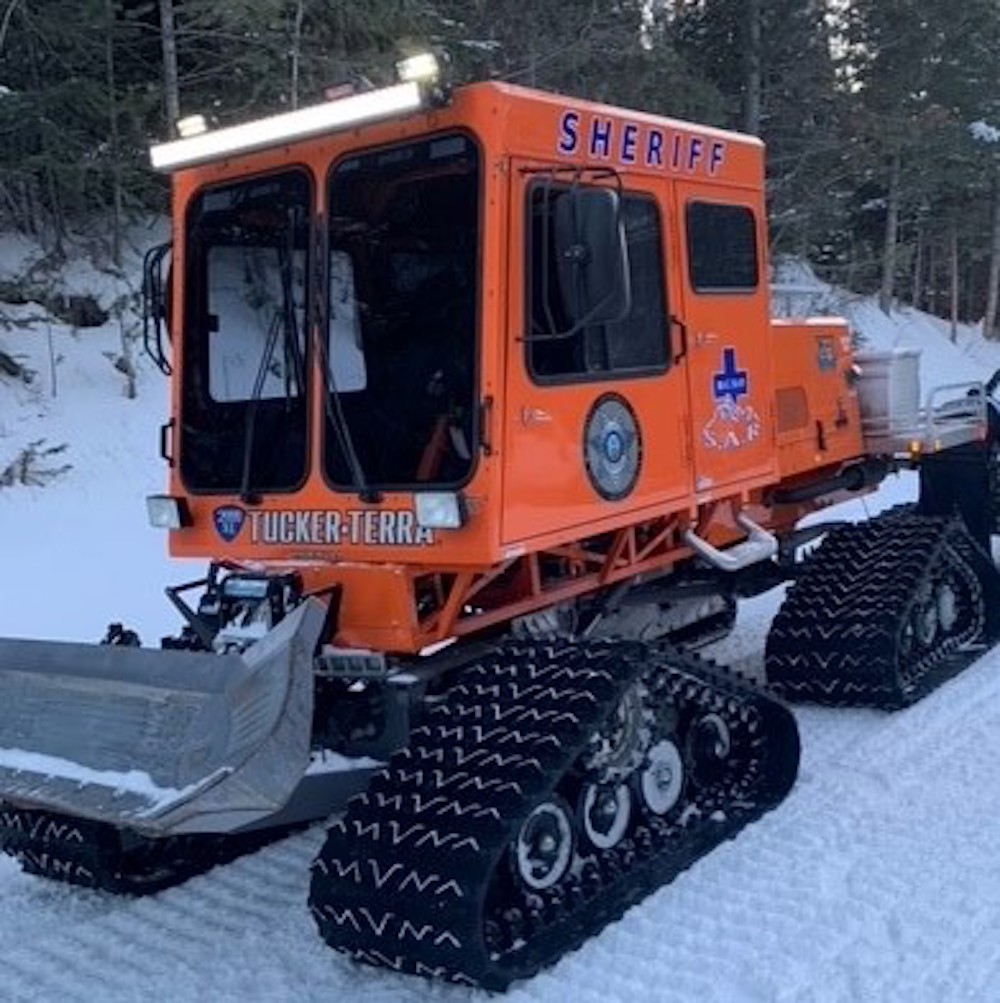 The following is a news release from the Bonneville County Sheriff’s Office.

Over the last week, Bonneville County Sheriff deputies and Search and Rescue personnel have responded to three separate incidents of lost snowmobilers in our backcountry.

The first of those in the McCoy Creek area on Monday afternoon when a 66-year-old man was late returning to the Alpine area. Deputies received the call just before 4 p.m. and responded with Search and Rescue volunteers and medics from Idaho Falls Fire Department.

Apparently the man’s snowmobile broke down around 11:30 a.m. and the rest of his party continued back to Alpine while he made attempts to get it fixed. When the man didn’t show, the party contacted dispatch and advised them of the situation.

Deputies located the man approximately eight miles from the McCoy Creek bridge under a space blanket and 6 inches of snow. They were able to get him to a responding snowcat where medics treated him for exposure to the elements. As rescue personnel traveled into and back out of the area, they observed at least six separate avalanche slide areas, indicative of the severe conditions this area is experiencing.

At approximately 6 p.m. Wednesday night, deputies were sent to the Bone area to a report of a missing woman on a snowmobile. The reporting party told deputies he and his girlfriend had been riding in the Wolverine area and had been stuck most of the day.

On the way back to the parking lot, the reporting party advised the two were separated and after waiting approximately 90 minutes for his girlfriend to arrive, he called dispatch for help. Search and Rescue volunteers and an Air Methods helicopter were also sent to the area to assist in the search.

During this time, the female was able to get to a spot on the Long Valley Road with enough cell service to call 911 and provide her location. Deputies responded to that area on snowmobile and quickly located her. The woman advised her snowmobile broke down and she began walking back toward the parking lot until she was able to call for help – an approximately 2 ½ hour time span. Other than being cold and wet, the woman was uninjured and transported back to her vehicle.

Deputies responded to a third report of missing snowmobilers at midnight Thursday – this time in the Meadow Creek area southeast of Ririe.

The reporting party advised a man and woman rode in to the Meadow Creek area around 2:30 p.m. that afternoon and he attempted to ride in and find them when they didn’t return but was unsuccessful. Deputies and Search and Rescue members rode in to the area on snowmobile and located the two near Mud Springs.

Apparently one of their snowmobiles broke down and they were trying to ride out on one snowmobile for most of the night. Both were cold and tired but did not require medical help at that time. The reporting party and deputies were able to help transport and make sure the two made it safely back to their vehicle. That search ended at approximately 4 a.m. Thursday.

Cold weather conditions and exhaustion were a factor in all of these incidents. Despite the levels of preparedness by these riders, all were approaching a dangerous level of risk to their safety at the time rescue personnel arrived.

The Bonneville County Sheriff’s Office can’t stress enough the importance of being aware of conditions, especially since avalanche danger is at a severe level at this time, and take extra steps to prepare for emergencies in the event you become stranded. When snowmobile riders are broken down, stuck or injured in our backcountry areas, it can become an emergency very quickly when you consider the time it takes for others to recognize you haven’t returned, report it to the Sheriff’s Office, and get rescue personnel to your location.

Fortunately in these three incidents, others who knew the endangered people should have returned and knew approximately where to start looking for them. Had that information not been communicated or inaccurate, their situation could have ended with serious injury or death.

The Bonneville County Sheriffs Office and our dedicated volunteer group of Search and Rescue personnel work very closely with Idaho Falls Fire, Air Methods, and surrounding area First Responders in their response to emergencies, most of the time when conditions are far from safe. Taking steps to be prepared greatly increases their ability to safely respond when you have an emergency and will greatly increase your chances of survival.

Find more information about avalanche safety, training, conditions online at the Idaho State Parks and Recreation website and at www.avalanche.org.