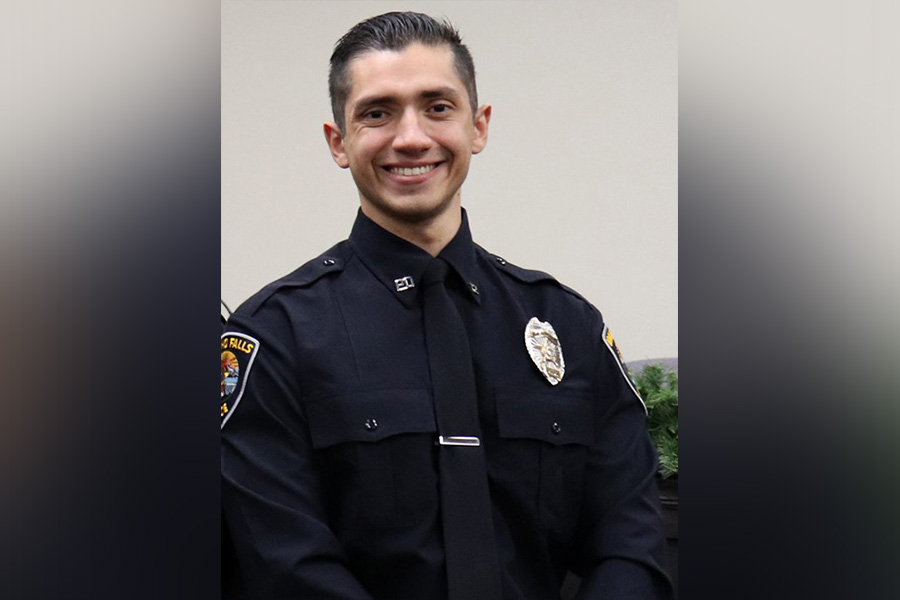 IDAHO FALLS — The Idaho Falls Police Department has released the name of the officer who fatally shot a man during a search for a suspect this month.

Elias Cerdas is the officer who pulled the gun’s trigger that killed Joseph “Joe” Johnson on Feb. 8, according to Idaho Falls Police Department spokeswoman Jessica Clements. Officers were searching for a man who ran from a traffic stop when police spotted an armed Johnson wearing a black shirt – the same color the suspect was wearing.

Cerdas joined the Idaho Falls Police Department in November 2019 and graduated from the Idaho POST Academy in July 2020, the department said in a news release.

Police have not said what happened in the moments surrounding the shooting other than Cerdas fired his handgun. The single-shot hit and killed Johnson, who was not the suspect of the manhunt.

Since the shooting, Cerdas has been placed on administrative leave and the Eastern Idaho Critical Incident Task Force is invesetigating.

The process can take weeks, if not months, for investigators to go over the evidence. The information is then handed over to the Bonneville County Prosecutor’s office, who determines if the officer’s actions are justified.

Investigators have been swamped with a series of officer-involved shootings across eastern Idaho over the last 10 days. Shootings have occurred in Pocatello, Rexburg and Bingham County, all requiring the task force’s resources.

Law enforcement from across Eastern Idaho have reported a surge in violent crimes and interactions with police. Many of the officer-involved shootings surround suspects shooting at or assaulting officers.

EastIdahoNews.com will continue to follow these stories and provide updates as they become available.

0 0 0 0
Previous : Vaccination clinics being held in communities that are often overlooked
Next : Capitol Police: 6 officers suspended for actions during Jan. 6 insurrection