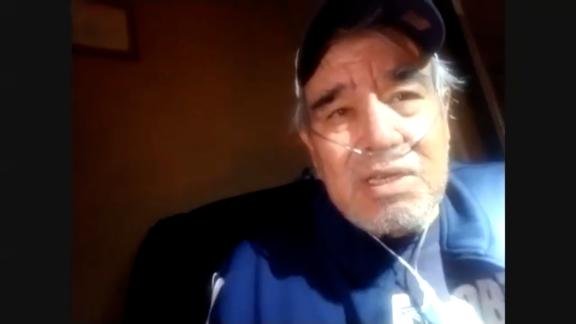 The widespread power outages in Texas improved overnight even as they caused serious, cascading issues with the state’s supply of heating, water, food and medicine.

Power was still down for about 390,000 Texas customers as of Thursday afternoon — well below the over 3 million outages a day earlier, according to Poweroutage.us.

The Electric Reliability Council of Texas (ERCOT), which operates the state’s power grid, said in a statement Thursday morning it had made “significant progress” restoring power overnight. Still, the winter storm and ongoing cold were affecting the system’s power generation, and rotating outages may be needed over the next couple of days, the company said.

ERCOT officials also said Thursday that the power grid was “seconds or minutes” away from catastrophic failure and a complete blackout if not for controlled outages implemented early Monday.

The comments come as freezing temperatures are forecast again for Thursday, extending an already excruciating period.

More than 22 million people across hard-hit Southern states are under a hard freeze warning, indicating that temperatures will be so cold it could lead to further water line breaks. Temperatures are expected to rise Friday, although icing on bridges and overpasses will remain a threat until late Sunday into Monday.

In the meantime, the electricity shortage has broadened to encompass food, water and health crises. Since last Thursday, 16 Texans have died from weather-related circumstances. Some 13.5 million people are facing water disruptions, including millions under boil-water notices — but how can you boil water without heating it?

“The message though is, number one, the power is fragile because of the impacts throughout, and number two, we now have water issues,” Harris County Judge Lina Hidalgo told CNN. “Hospitals have issues. We have water pressure issues. We’re all on boil-water notices and folks are having trouble accessing food.”

Some have taken to dangerous heating methods, such as gathering around the stove or grill. The Houston Fire Department has responded to 56 structure fires and over 100 calls related to carbon monoxide poisoning, Chief Samuel Pena said.

In Portland, outside of Corpus Christi, Brianna Blake told CNN on Wednesday that she and her husband kept their children warm by burning household items, including artwork and fencing, as they dealt with 36 hours of no heat.

“I just started kind of grabbing my canvasses off the wall, and breaking them and throwing them into the fire,” she said.

Spillover effects of no power for days

Several frigid days with no power or heating have led to serious water issues: frozen and burst pipes, disabled water treatment plants and a lack of water pressure.

Nearly 7 million Texans were under boil-water notices Wednesday, according to Texas Commission on Environmental Quality Commissioner Toby Baker. In Austin, authorities issued a citywide boil-water notice after a drop in water pressure at a treatment plant Wednesday night.

“They’ve been creative, from trucking water in for consumption to collecting rainwater to use for flushing toilets,” Smith told CNN.

How you can help the Texas storm victims

Fort Hood city leaders asked residents to conserve 40% of their water during the storm due to water line breaks and subsequent flooding. Del Rio, in southwest Texas along the border with Mexico, put out an urgent message late Wednesday to residents asking them not to flush their toilets or release any wastewater into the sewer system.

Smita Pande, of Crestview, told CNN she and others may have to use melted snow for drinking water when their bottled water runs out.

“We didn’t anticipate the water to be shut off, but once it did, we assumed a ‘worst case scenario’ type of thing and just grabbed snow off the balcony and put into kettles and pots to use for drinking water in case we don’t get water back anytime soon,” Pande said. “If the power outage is any indication of how long that’ll be, then we are going to be boiling snow for a while.”

The outages have also led to food shortages as Texans scramble for needed supplies and scrounge for a hot meal.

Philip Shelley, a resident of Fort Worth, told CNN that he, his wife Amber and 11-month-old daughter, Ava, are struggling to stay warm and fed. Amber is pregnant and due April 4.

“(Ava) is down to half a can of formula,” Philip said. “Stores are out if not extremely low on food. Most of our food in the refrigerator is spoiled. Freezer food is close to thawed but we have no way to heat it up.”

Why the electric grid neared collapse

The widespread outages stem from a weather disaster coupled with an unprepared infrastructure.

A winter weather system brought unusually frigid temperatures to much of the central US over the past few days. The deep freeze caused demand for power and heating to skyrocket even as it knocked out Texas’s natural gas, coal, wind and nuclear facilities, which were not ready to function in such cold weather.

The storm has caused serious outages across the country, including in Louisiana, Mississippi and Kentucky. But the outages were most severe in Texas because the state runs on its own electric grid, ERCOT — a way to avoid federal regulation — and cannot easily borrow power from other states.

The lack of winter preparedness has long been an issue for ERCOT’s power system. Ten years ago, a bitter cold snap caused over 3.2 million ERCOT customers to lose power during Super Bowl week. A 350-page federal report on the outages found that the power generators’ winterization procedures were “either inadequate or were not adequately followed.”

As with any systemic failure, the blame is spreading far and wide. Members of the Federal Energy Regulatory Commission said they would partner with the North American Electric Reliability Corporation, a nonprofit organization, to investigate the failings.

Gov. Greg Abbott said Wednesday afternoon that an investigation of ERCOT is slated to begin next week.

Abbott, former Gov. Rick Perry and the Lone Star state’s Republican leaders are in turn facing heated questions over their misleading claims about renewable energy and why they didn’t act to protect the electric grid given the clear warnings. US Sen. Ted Cruz, meanwhile, flew with his family from Houston to Cancun, Mexico, on Wednesday.

“We have learned really in a tragic way that ERCOT and the state had not prepared to have enough backup power to have resilient power supply to face the historic weather that we all really knew was coming,” Judge Hidalgo said.