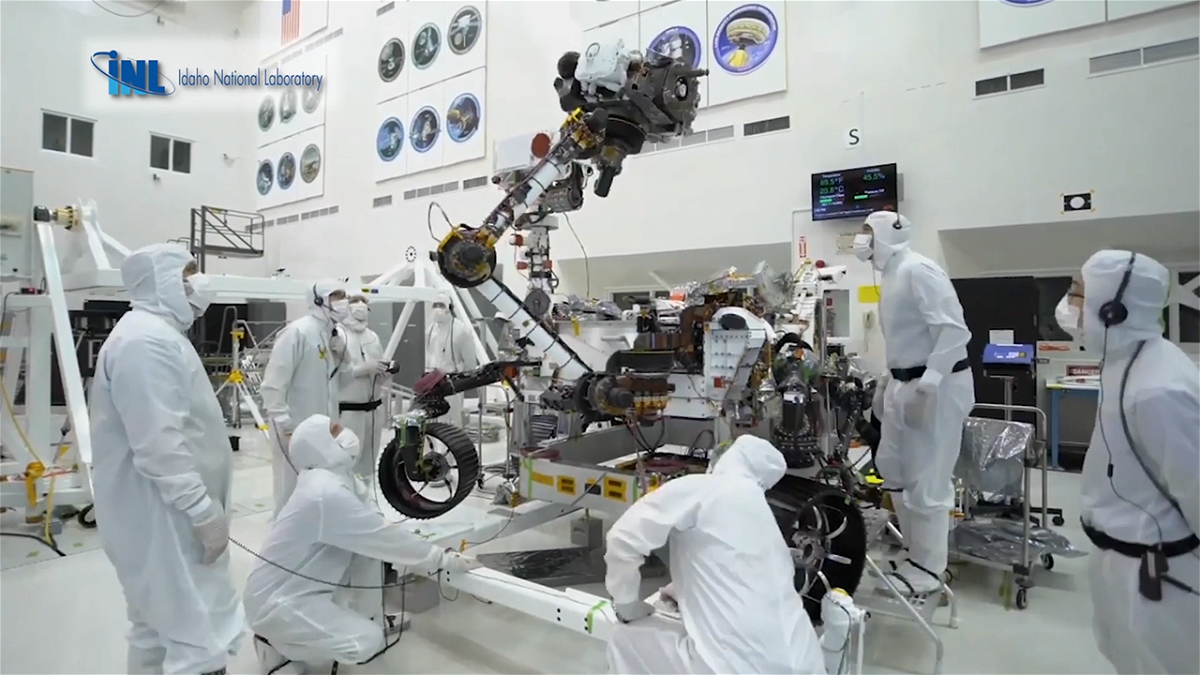 IDAHO FALLS, Idaho (KIFI) – It was a big day for NASA and the Idaho National Laboratory Thursday as the Mars 2020 Perseverance rover raced through the thin atmosphere of the Red Planet and slowly lowered to the surface.

Stephen Johnson, the director of the Space Nuclear Power and Isotope Technologies Division at the Idaho National Laboratory, said he felt an immense sense of pride.

“This is a major accomplishment.” Johnson said. “You look at the video at the jet propulsion site going through the ‘seven minutes of terror,’ which is the time that it takes to get down through the atmosphere and deploy the shoot and accelerate from 24,500 mph down to less than two miles an hour.”

Perseverance’s landing marks the end of a decade of planning, years of hands-on work and a nearly seven-month, 300-million-mile journey from Earth to Mars. It also marks the beginning of what those involved hope is a successful scientific adventure. Johnson and the more than 60 members of his space power systems team at the INL spent five years training, conducting readiness reviews, fueling, testing and then delivering the power source that will provide electrical power and heat for the rover.

They overcame the everyday challenges and strict requirements that come with preparing equipment to meet the demands required to survive the harsh Martian environment. But the unique challenges presented by COVID-19 were a totally different story. Even though his team had completed its fueling and testing work, they still had to deliver the power system to Kennedy Space Center in Florida in the middle of a pandemic.

“We were really trying to wear masks, keep safe and there were several outbreaks at Kennedy Space Center in that time frame with two other contractors and they occurred in our office and we decided to just evacuate,” Johnson said. “I’m just glad everyone was able to get down there safely and no one got sick. We were fortunate.”

The Perseverance rover is a key part of NASA’s Mars Exploration Program, a decades long plan for robotic exploration of the Red Planet. Perseverance’s power system weighs about 100 pounds and is located on the aft end of the rover. It delivers a constant source of electricity, charges the rover’s two primary batteries and keeps key instruments and onboard systems warm in the chilly Mars environment. It will allow the rover to collect rock and soil samples and store those samples in containers on the surface for a possible return to Earth in a future mission.

0 0 0 0
Previous : US says it’s ready to join talks to resume Iran nuclear deal, outlines how Iran can enter compliance
Next : Woman fears for her daughter’s health. A man searched 8 hours for food. These are the stories of the Texas storm