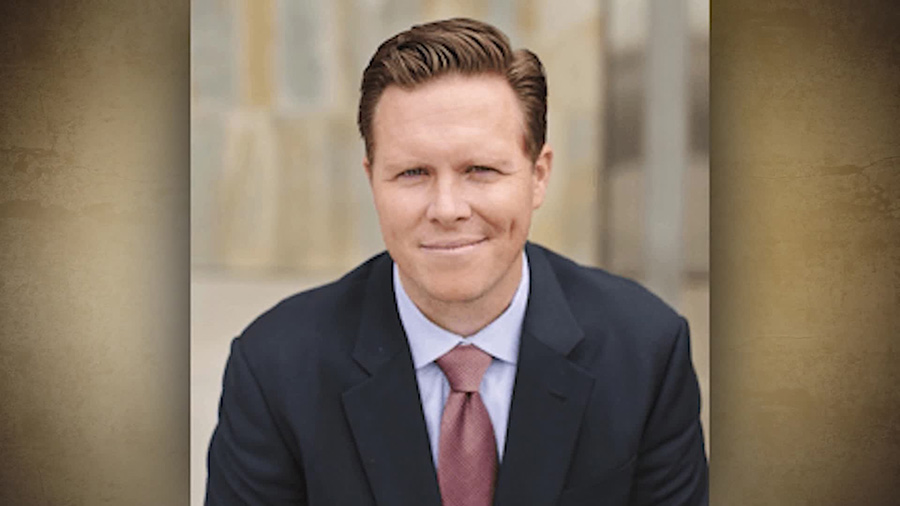 PHOENIX (AP) — A former Arizona politician who acknowledged running an illegal adoption scheme in three states that involved birth mothers from the Marshall Islands has asked an appeals court to throw out his six-year prison sentence, arguing a judge double-counted factors in the case that increased the severity of his punishment, such as concluding that he abused his position as an adoption attorney.

Paul Petersen, a Republican who served as Maricopa County’s assessor for six years and operated an adoption practice on the side, is contesting the first of three sentences he’ll receive for arranging adoptions that are prohibited by an international compact.

A month ago, he started serving the sentence for a federal conviction in Arkansas for conspiring to smuggle humans. He is scheduled to be sentenced next month on convictions for fraud in Arizona and for human smuggling in Utah.

In the Arkansas case, Petersen was given a prison term that was two years longer than sentencing recommendations had called for after a judge concluded Petersen had misled or instructed others to lie to courts in adoptions that wouldn’t have been approved had the truth been told to them.

RELATED: Arizona official brought women to the US to give birth and charged families to adopt the babies

In an appellate brief filed Tuesday, his attorney, Kurt Altman, said his client’s sentencing range should have been between three and nearly four years in prison, arguing Petersen’s actions weren’t intended to do harm and that his punishment was more severe than those given to others convicted of the same crime.

Altman said the judge’s comments “show the district court held an inordinate amount of animus toward Mr. Petersen because of his position as a lawyer.”

Charlie Robbins, a spokesman for the U.S. Attorney’s Office in western Arkansas, which prosecuted Petersen, declined to comment on the appeal.

Altman also argued to the 8th Circuit Court of Appeals that the $100,000 fine imposed against Petersen in Arkansas was unreasonable because the judge had questioned whether Petersen’s divorce was a ruse aimed at hiding his assets and avoiding a fine.

Authorities say Petersen illegally paid women from the Pacific island nation to come to the U.S. to give up their babies in at least 70 adoptions cases in Arizona, Utah and Arkansas. Marshall Islands citizens have been prohibited from traveling to the U.S. for adoption purposes since 2003.

Judge Timothy Brooks, who presided over the Arkansas case, had said at sentencing in December that Petersen turned what should be joyous adoption occasions into “a baby-selling enterprise” and described Petersen’s adoption practice as a “criminal livelihood.”

The judge also had said Petersen knowingly made false statements to immigration officials and state courts in carrying out the scheme and had ripped off taxpayers at the same time he was elected to serve them. Brooks flatly rejected Petersen’s claims that he initially thought he was acting within the bounds of the law, but later realized what he was doing was illegal.

RELATED: Ex-Arizona official to head to prison for illegal adoptions

Petersen is scheduled to be sentenced on March 19 in Phoenix for submitting false applications to Arizona’s Medicaid system so the mothers could receive state-funded health coverage — even though he knew they didn’t live in the state — and for providing documents to a county juvenile court that contained false information.

Petersen has said he has since paid back $670,000 in health care costs to the state of more than $800,000 that prosecutors cited in his indictment.

His sentencing in Utah on human smuggling convictions is set for March 22.

Earlier in his life, Petersen, who is a member of The Church of Jesus Christ of Latter-day Saints, had completed a proselytizing mission in the Marshall Islands, a collection of atolls and islands in the eastern Pacific, where he became fluent in the Marshallese language.

He quit as Maricopa County’s assessor in January 2000 amid pressure from other county officials to resign. As assessor, Petersen was responsible for determining property values in the county that encompasses Phoenix.

Petersen has said he carried out hundreds of legal adoptions after he discovered a niche locating homes for vulnerable children from the Marshall Islands and helping needy mothers who wanted a more stable family life for their children.

Before he was sentenced, Petersen wrote a letter to judge in Arkansas that said he was ashamed as a fiscal conservative for sticking Arizona taxpayers with the labor and delivery costs for the birth mothers.

0 0 0 0
Previous : Perseverance rover is coming in for a Mars landing today
Next : Idaho Falls ranked #1 as “best performing city”