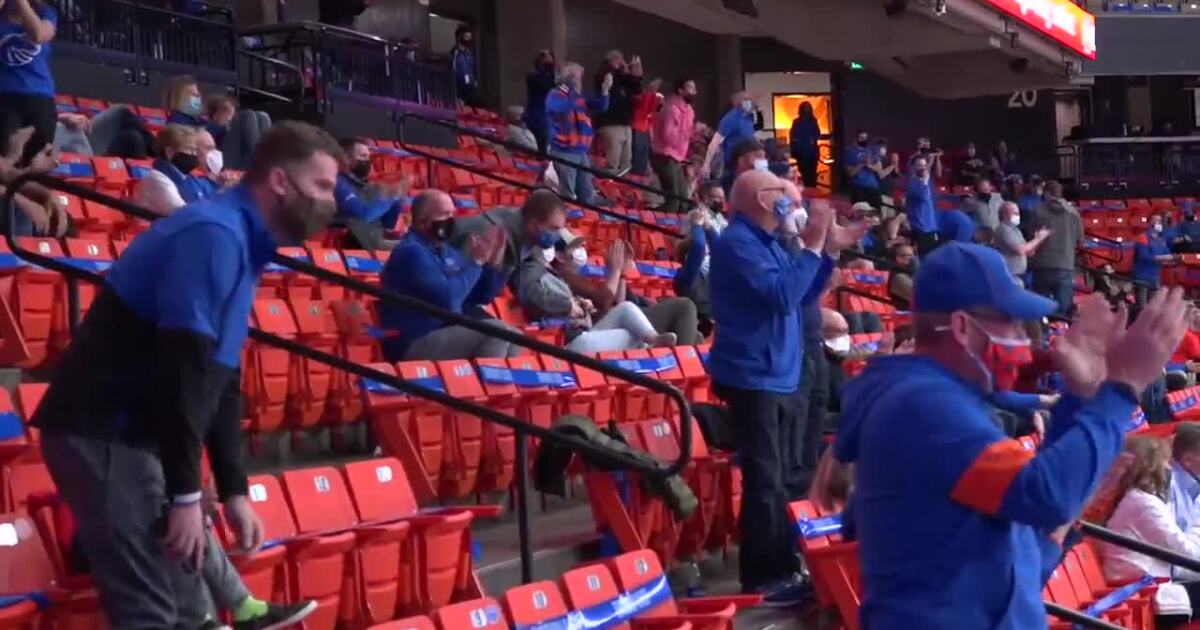 The game went back and forth, but in the end, Boise State took over first place in the Mountain West Conference after defeating Utah State, but in order to stay there they will have to beat Utah State again on Friday.

Boise State, Utah State, San Diego State and Colorado State all have three losses in conference play, which makes every game crucial from here on out in determining the regular-season standings.

Against Utah State, on Wednesday it was Derrick Alston Jr. who kept the Broncos close in the first half scoring 18 of the teams 37 points. Alston would finish with 26 in the game, but Boise State trailed at the half by two.

In the second half that changed and the rest of the Broncos made critical plays down the stretch, the biggest play of the game came when Marcus Shaver Jr. stole the ball after a rebound and passed it to Max Rice who nailed a three. It was the start of a 9-2 run where the Broncos took the lead, they would never trail again.

“I knew it was going in before he shot it,” Shaver said after the game.

A crucial turning point, captured in four frames. Down three and Utah State rebounds a Boise State miss. Shaver sneaks in for a steal, kicks it out to Rice who ties it up. pic.twitter.com/2WImjBkU0q

“It was just good to have Bronco Nation in there cheering and supporting us and man we needed them,” said Alston. “It was a big win for us, a total team effort and I’m proud of the guys and how we just stuck with it.”

My eyes and understanding of basketball tell me Boise State and Utah State should both be locked into the tournament. Well coached, high level transfers, both have an #NBAdraft pick level talent on roster as well.

Boise State will host Utah State at 8:00 p.m. on Friday night, all 900 tickets have been sold.

Boise State will have to deal with Neemias Queta who dominated the paint with 32 points and ten rebounds, round two should be a whole lot of fun on Friday, it will also be senior night for Alston and Abu Kigab.