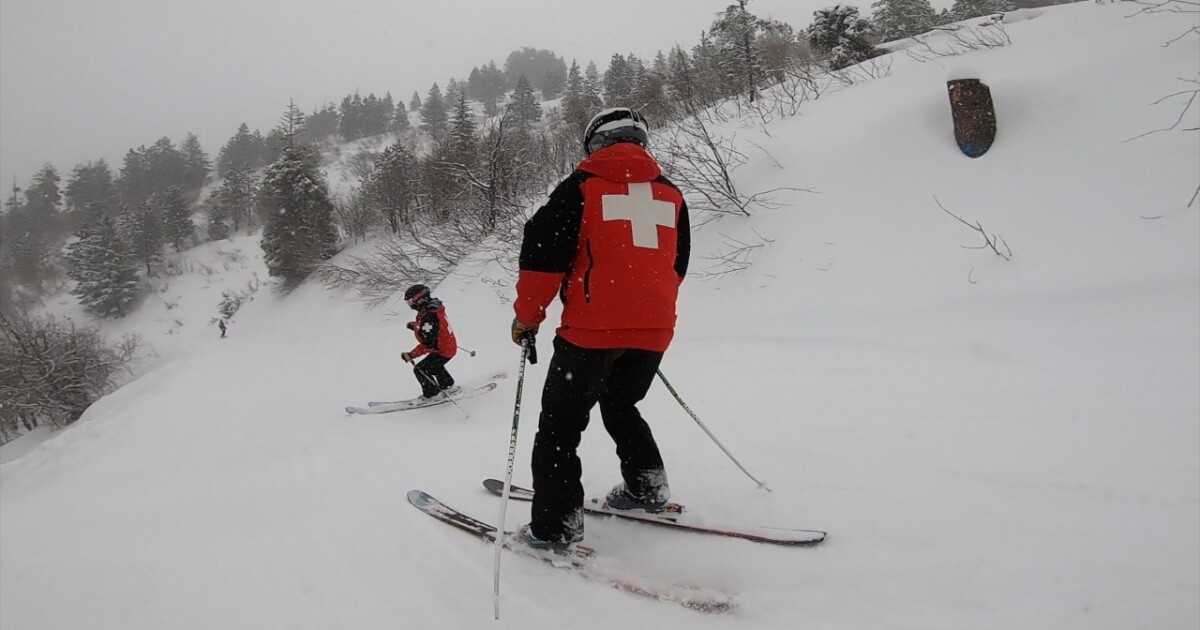 IDAHO — For what used to be considered a male dominant field, according to the National Ski Patrol, of the 31,027 ski patrollers 23 percent are women, which is up from 19 percent in 2007.

A trend Bogus Basin is experiencing as well.

The 26 lady patrollers that makeup the Bogus Basin 120 pro and volunteer ski patrol team are empowering other women to chase their dreams.

“It means a lot to me,” Kassi Jensen, Bogus Basin hill captain said.

She started on their ski patrol team with her parents when she was just 14 years old.

“It was a time when there weren’t many females in higher-up positions,” she said.

But, that is all starting to change.

“I have been really lucky to have some great mentors that have helped me step into roles that haven’t usually been held by females up here as a hill captain and as a snowmobile driver,” Jensen said.

What used to be considered a job for guys with big muscles these lady patrollers are proving that women can pull people out of tree wells, drive snowmobiles and transport hurt skiers in toboggans down the mountain.

“We are finally seeing women doing stuff that they have been able to do for years,” Karen Alfonso-King, Bogus Basin ski patroller said.

When she started patrolling in 1995 Alfonso-King was just one of a few women on the team, and she’s watched that number grow over time.

“For me, that is amazing because I grew up where it was much different,” she said. “I am older than most so to see so many women on the patrol and the culture that it brings is just amazing to me.”

Instead of power, these women rely on their technique and finesse to, for example, pull a two hundred and fifty-pound man out of heavy snow.

“It can be intense, but we focus on our training,” Denise McLaughlin, Bogus Basin director of ski patrol and risk management said. “We spend a lot of time training to become patrollers and then every year we do our annual refreshers.”

McLaughlin is Bogus Basin’s first female ski patrol director, something that is empowering other women when they see a female in a leadership role.

“Being able to do that as a woman is helping encourage more women to step up into these roles and see the 26 of us that we do have out here and be thinking that I can do that too,” said Jensen. “I hope we just continue to help grow the program until we can get that next 50/50 split or even more.”

“It’s kind of overwhelming it brings me a lot of joy,” said McLaughlin. “I’m a little bit older I wanted to be a firefighter and I wasn’t tall enough, so times have changed and there are so many opportunities for women. I am really glad I am here to help facilitate that for the group.”

She also takes pride in the diversity of her group that not only brings different perspectives and skills but also something she said makes her team that much better.

“We have a lot of new people this year that are younger a lot of females. We have so many different backgrounds,” she said. “You’ve met Kassi she is going to medical school, we have river guides, we have professors at BSU on the team, we have scientists, and we have teachers.”

The patrollers have girls under 18 all the way up to women over 70.

But, as I was following them around from rescue calls to sitting in the tower at the summit, there’s something really special about this group.

“It really is a family,” Jensen said.

“Everybody gets along super well and at the end of the day it is laughter and comradery in the building,” McLaughlin said. “It’s super heartwarming and I just love to stand back and watch them all.”

If you ever need help, in any conditions, you can surely expect one of these 26 lady patrollers to be first on the scene.

The only experience you need is to be able to ski or snowboard, but they will teach you the rest.

Or their Facebook page at Bogus Basin Ski Patrol [facebook.com]