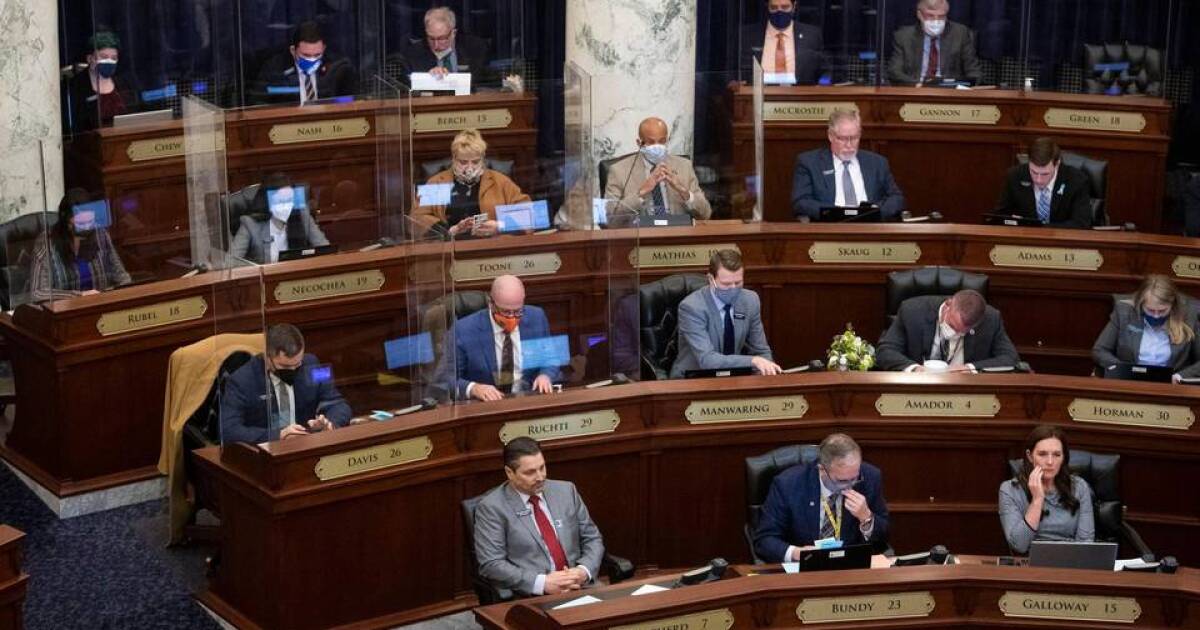 This article was originally published by Hayat Norimine in the Idaho Statesman.

If you’re making $11,761 in taxable income a year in Idaho, you pay the same percentage of your income to the state as the richest man in Idaho. That would be Frank VanderSloot, whose wealth Forbes currently estimates at $3.5 billion.

Now, Rep. Steve Harris, R-Meridian, wants to lower income and sales taxes. His new bill introduced Tuesday would drop the highest income tax rate to 6.5% — more than a 0.4% drop. The sales tax would also shrink, to 5.3% from its current 6% rate. Harris said it would provide $284 million in tax relief a year.

His measure competes with another tax reduction plan that would remove the sales tax on groceries, one that Gov. Brad Little said he would support during his State of the State address. Harris said his bill would offer more tax relief than the groceries exemption.

It would eliminate the grocery tax credit, essentially raising the tax on food. It would also keep the sales tax on groceries, but that sales tax would be reduced to 5.3% like all other taxable items.

“This in my mind is satisfying a removal of grocery tax on food,” Harris said at the committee hearing on Tuesday.

Income tax rates would be retroactive to Jan. 1, 2021, while the new sales tax rate would kick in Jan. 1, 2022. The bill would not change the salaries used to determine income brackets.

A PLAN TO EXEMPT THE SALES TAX ON GROCERIES

Rep. Ron Nate, R-Rexburg, said Harris, who chairs the House Taxation and Revenue Committee, has not allowed that bill to be introduced. Harris couldn’t be reached for comment Tuesday.

“I can’t imagine why a sitting chairman would not allow the committee to hear all options on the table,” Nate said by phone Tuesday. “This year presents a great opportunity to lower taxes for all Idahoans. The grocery tax repeal bill would do just that.”

“What’s striking about this bill is how much of the benefits go to the highest income households and profitable corporations,” Necochea said. “This bill actually eliminates the grocery tax credit that every Idahoan can access to pay for these income tax rates that are going to overwhelmingly benefit the people who need the least help.”