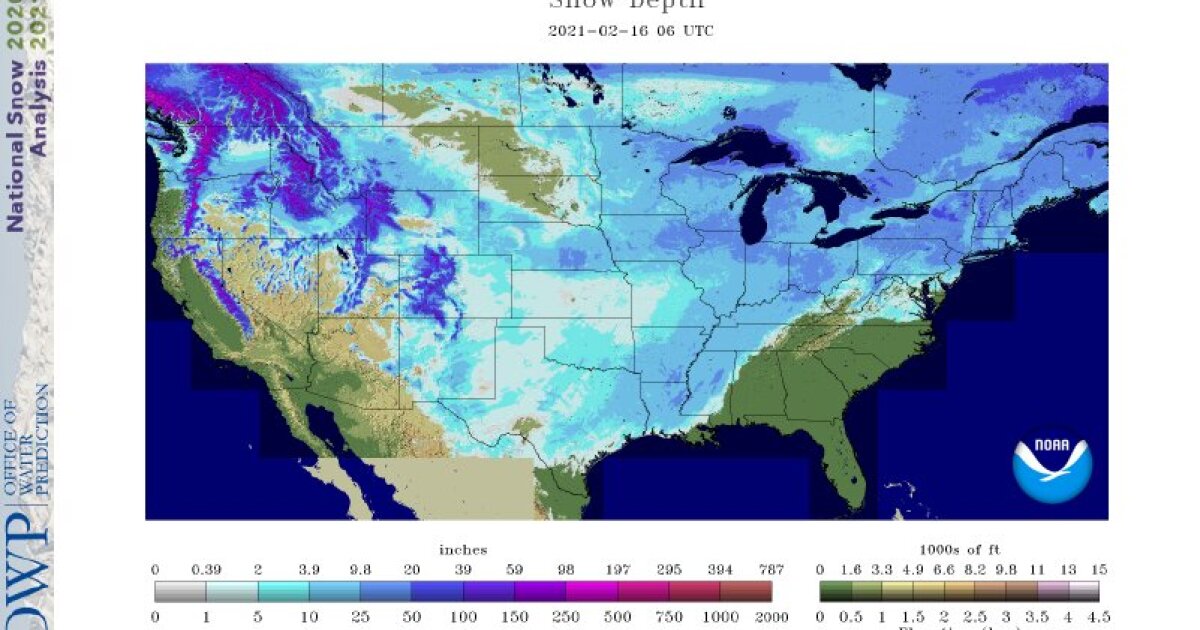 As cold weather has infiltrated most of the United States, snow covered more than 73% of the continental United States on Tuesday, according to National Weather Service data.

By comparison, 36% of the US was covered by snow this time last year.

Only three states, Georgia, Florida and South Carolina, are not covered by any snow.

Several states that are not accustomed to seeing so much snow are nearly completely covered. Among them, most of Texas, Louisiana and Mississippi are mostly blanketed by snow. All of Arkansas remains covered in snow.

The National Weather Service noted on Tuesday that Shreveport, Louisiana, was warmer than Fairbanks, Alaska, this morning. The extreme cold in the south has forced several states to implement rolling blackouts due to increased energy usage.

The spread of the snow cover could grow in the coming days. A storm is expected to sweep through the mid-Atlantic, and drop snow over parts of North Carolina, Tennessee, Virginia and Delaware that are not currently covered in snow.