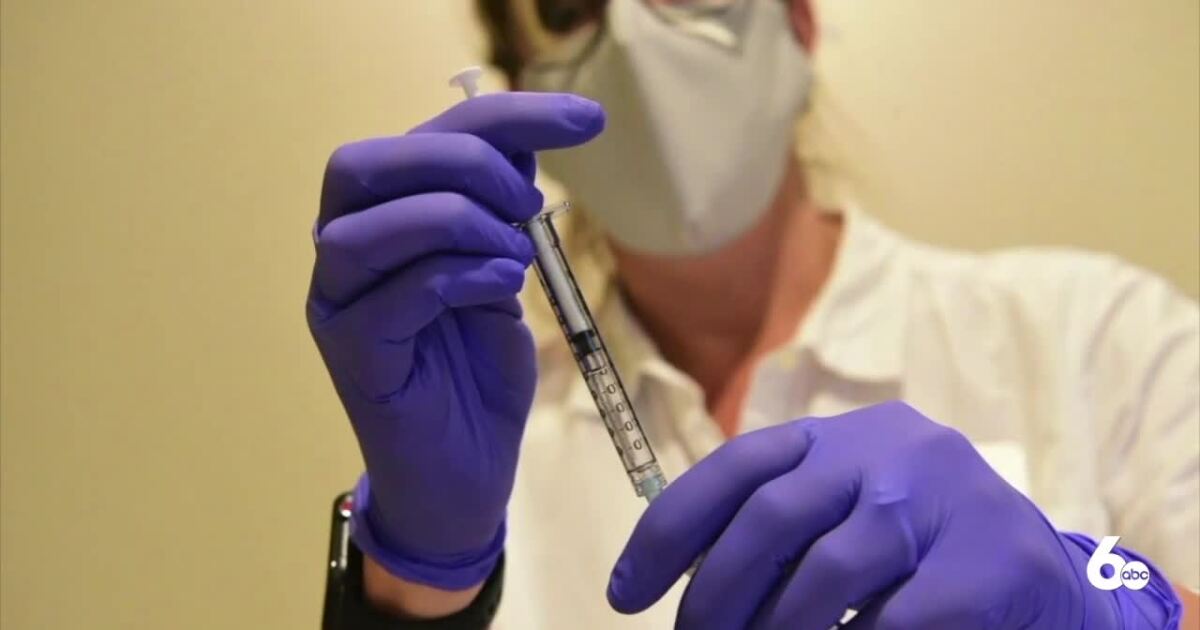 MAGIC VALLEY — Some Idahoans are receiving phone calls canceling their appointments to get the second dose of the COVID-19 vaccine and being told it is due to the health district not providing them with enough vaccines.

One Magic Valley resident tells us his appointment to get his second dose of the vaccine was canceled and he was not given a time or day one when he would be able to receive his second dose.

“So yesterday I got a call saying uh we can’t give you that second shot, the health district hasn’t given us the vaccines for it, so we’re canceling your appointment,” Ron King, a Twin Falls resident, said.

The South Central Public Health District, SCPHD, says one of the issues behind this is providers overbooking appointments.

“Some of our providers have over scheduled. We’ve been asking them for several weeks now to be very careful about how much they schedule because we have a very, very limited amount of vaccine and it varies greatly by week,” Brianna Bodily, with The South Central Public Health District, said.

And they say another factor is the severe weather happening throughout the country.

“We’ve had some severe weather happening in the eastern part of the country and that’s where our vaccine is coming from. It has severely delayed our shipments. There’s concerns that we won’t receive any vaccines at all, simply because they can’t get the vaccine to us,” Bodily said.

Although the SCPHD says the second dose can be administered within a six week time period, some residents tell us not receiving the second shot on time is causing them great concern.

“And of course how protected am I now that I got part of the shot, but I’m not getting the second booster part,” King said.

But the SCPHD says even if you only have the first dose of the vaccine you are still protected. Although you aren’t fully protected with just the first dose, they say that is better than no protection. They advise those in this situation still awaiting their second dose to continue to take the proper precautions.

“Our preference will always be that you get that second dose because that’s the most protection you can get, that’s the best tool we have against this virus, but even if you only get that first dose that will give you quite a bit of protection,” Bodily said.

They urge those who have their appointments for the second dose canceled and not rescheduled to contact their hotline so they can resolve this issue.

“We need to find out who that provider is so that we can reach out to them and remind them how important it is for them to reschedule instead of canceling,” Bodily said.

0 0 0 0
Previous : CSI Office On Aging assists with vaccination process
Next : Dubai princess claims she is being held ‘hostage’ in secret video recordings