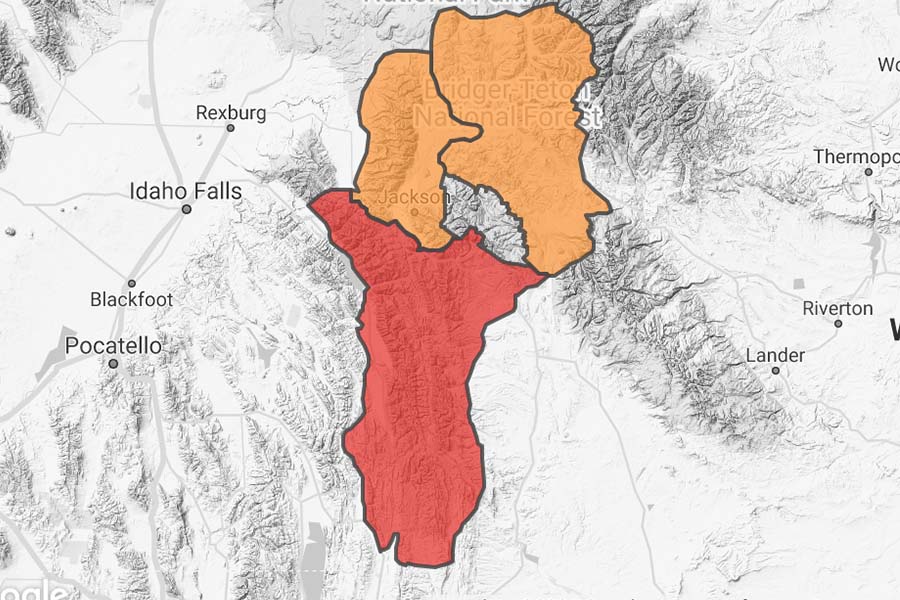 “Natural and human triggered avalanches are likely and could be very large, destructive, fast-moving, far running, and potentially deadly,” the Utah center reports. “Extreme avalanche danger may develop in some areas later this afternoon or overnight.”

Avalanche officials are reminding people to be careful and follow backcountry safety.

“Snow immersion is a significant hazard in the backcountry today,” Bridger Teton Avalanche Center said in their report. “Travel with a partner(s) and keep them in sight. Travel is not recommended in avalanche terrain during periods of high avalanche hazard.” Avalanche terrain is considered any slope 30 degrees or steeper.