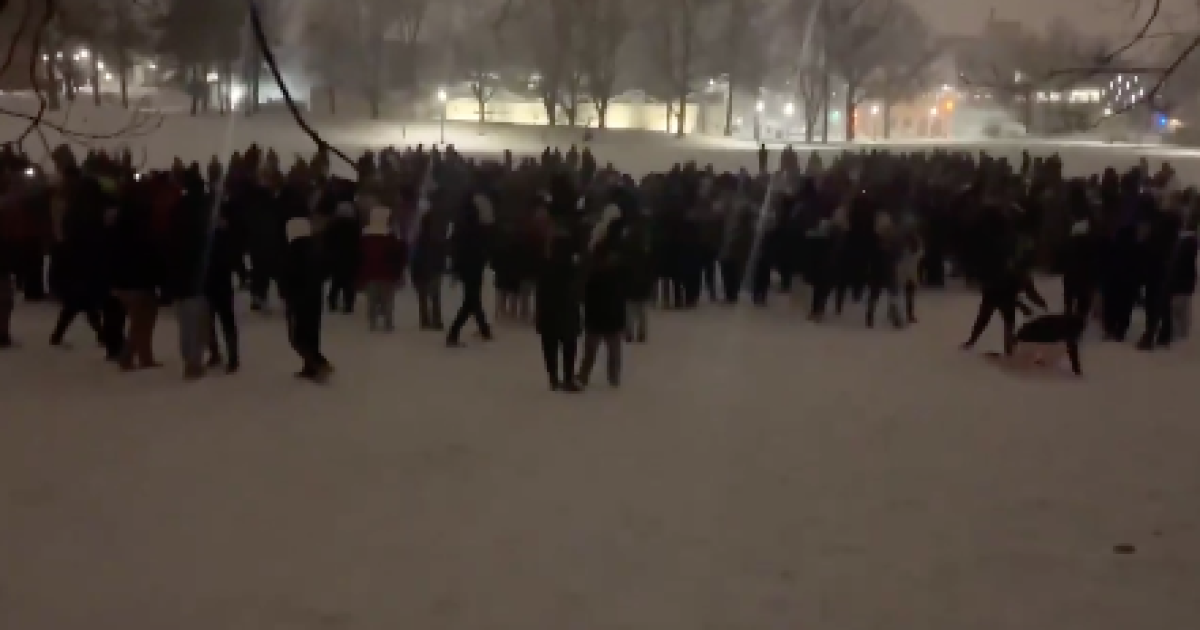 Around 300 to 500 people gathered near Taylor Hall for a snowball fight organized in a GroupMe chat.

Video footage from KentWired, a student-run news website, said a large group formed between 10:30 p.m. and 11 p.m., with activities wrapping up around 11:20 p.m. once police arrived.

The gathering took place amid Monday evening’s snowstorm, which dropped snow and ice from Texas to New England.

This story was originally published by Kaylyn Hlavaty on WEWS in Cleveland.

0 0 0 0
Previous : 3 dead, 10 injured in tornado near Wilmington, North Carolina
Next : Goldman Sachs’ investment advice is no longer just for the super rich