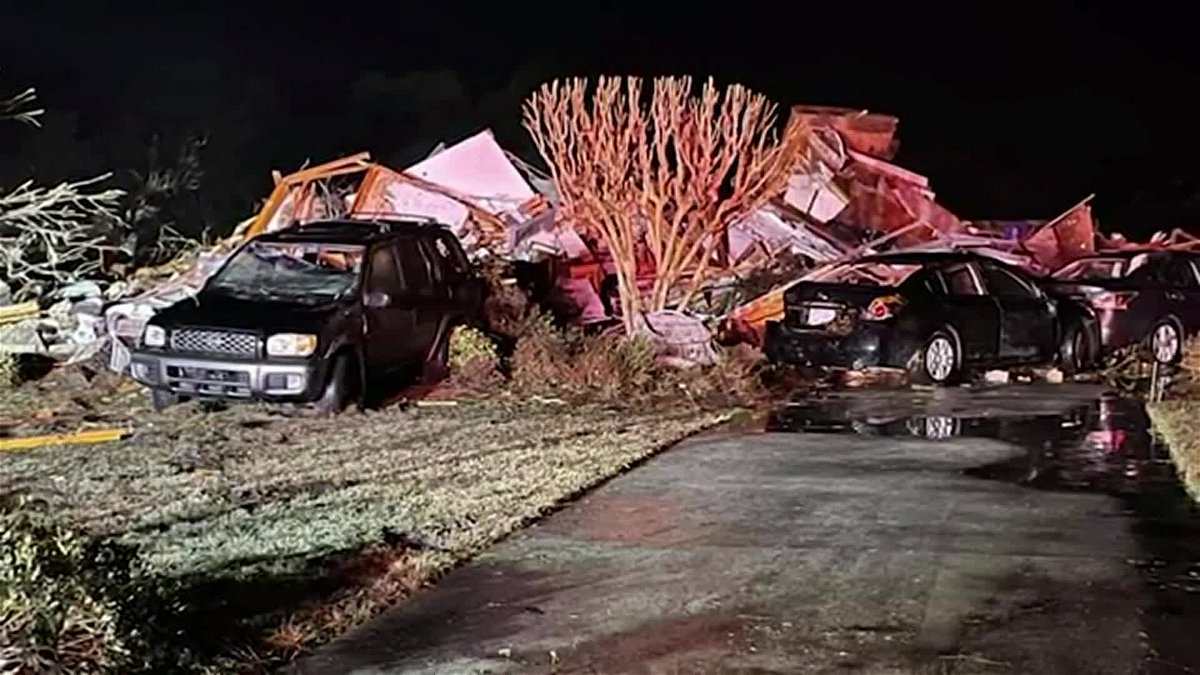 At least three people were killed and 10 more were injured after a tornado ripped through Brunswick County, North Carolina, late Monday, officials said.

“This is a very, very tragic event for our community and our county,” Brunswick County Commissioner Randy Thompson said.

Most of the destruction happened in the Ocean Ridge Plantation community, said Ed Conrow, director of Brunswick County Emergency Services.

Conrow said emergency responders were securing gas leaks and are searching through all the impacted homes Tuesday.

No one is currently missing, Conrow said.

Around 11:35 p.m. Monday, Brunswick County resident Kate Gentle and her four children found themselves in the middle of a “horrible lightning and thunder storm.”

“We were not expecting a storm tonight, so it came on very suddenly and I was really surprised to have a thunderstorm in the middle of the winter, unannounced,” Gentle told CNN.

“All of a sudden, it got really quiet. And all I could hear was the wind, and it scared me because the floor felt like it was vibrating. So I ran and got my kids,” she said.

About a minute after getting her kids situated in the closet, Gentle received a severe weather alert on her phone.

Gentle and her children were not injured. Their home was unscathed, with just some flipped garbage cans and standing water on the street.

“We are extremely fortunate,” she said. “God really protected us last night. Because just a couple damn miles down the road, some of our beautiful community members lost everything.”

Sheriff John Ingram described the damage as “a lot of destruction.”

“It’s going to be a long recovery process,” the sheriff said.

About 140,000 people lived in Brunswick County in 2019, according to US Census estimates.

The storm is part of the larger weather system that’s bringing brutally cold temperatures to much of the US. That weather system includes a paralyzing ice storm that has walloped Texas, causing massive power outages.