The following is a news release from the city of Idaho Falls.

The recent accumulation of snow has exceeded 2 inches, which qualifies as a snow event according to the city’s Snow and Ice Control Policies and Procedures Manual.

Parking restrictions are in place from now until the city issues another notice lifting them. Vehicles should be moved off city of Idaho Falls roadways to allow room for plows to clear the roads. Vehicles parked on streets after a snow event is called will be subject to ticketing and relocation in accordance with snow removal parking restrictions. 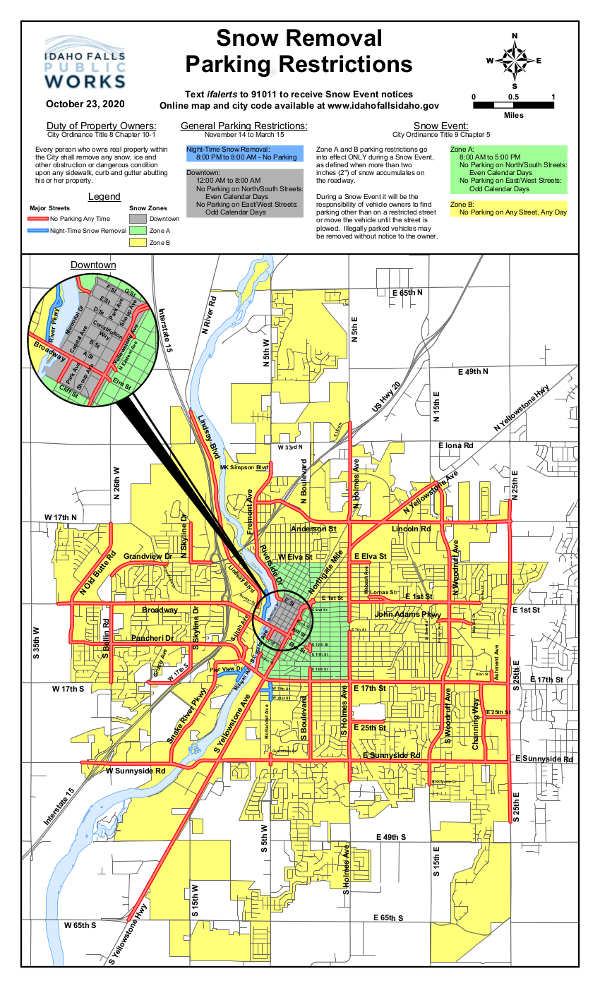 Zone B is currently being plowed and will continue to be plowed until completion. Zone B is the majority of the city and is colored yellow on the ZONE MAP.

Downtown will be plowed during the early morning hours of Tuesday, Feb. 16, from midnight to 7 a.m. to minimize the impact on businesses. Downtown is colored gray on the ZONE MAP.

Zone A is a relatively small area located in the center of the city and is colored green on the ZONE MAP. Zone A will be plowed over a two-day period:

0 0 0 0
Previous : Aquarium introduces new sloth to visitors
Next : WHO: Some who already had COVID-19 are being re-infected with South African strain