This photo shows Howard Jackob Miller, Jr., Rhonita Maria Miller, infant twins Titus Alvin Miller and Tiana Griciel Miller, and Krystal Bellaine Miller, who all died in the attack. Howard Miller, the adult male pictured, is alive and is not believed to have been present at the attack. | Family photo via CNN

Federal prosecutors identified the suspects only by their first names, “Wilbert” and “Tomás,” in line with presumption-of-innocence rules. The first faces several counts of homicide and the second faces organized crime charges. 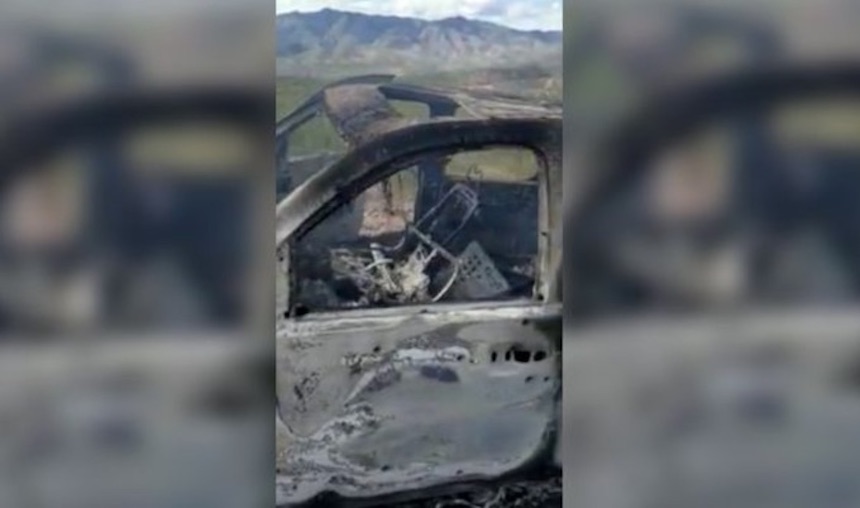 One of the vehicles in the 2019 attack near the Mexican-U.S. border. | Courtesy Kenneth Miller via CNN

They bring to about 20 the number of suspects arrested in the case, and more warrants are outstanding. Both were arrested in the town of Nuevas Casa Grandes, near the border with New Mexico.

The three women and six children from the extended Langford, LeBarón and Miller families were ambushed and slain by suspected drug gang assassins on Nov. 4, 2019. The families were part of a community of fundamentalist Mormons (not part of The Church of Jesus Christ of Latter-day Saints). After the attack, a 13-year-old boy who watched his mother and two of his brothers get killed hid other survivors in the bushes and walked 14 miles to get help.

Initial investigations suggested a squad of gunmen from a drug gang that originated in the border city of Ciudad Juarez set up the ambush to kill members of a rival cartel. However, relatives of the victims say that at some point, the gunmen must have known who they were killing.

0 0 0 0
Previous : Spreading the love: Divorced woman gives away her wedding rings to lucky couple
Next : Prosecutor objects to Lori Vallow Daybell’s request for a cell phone