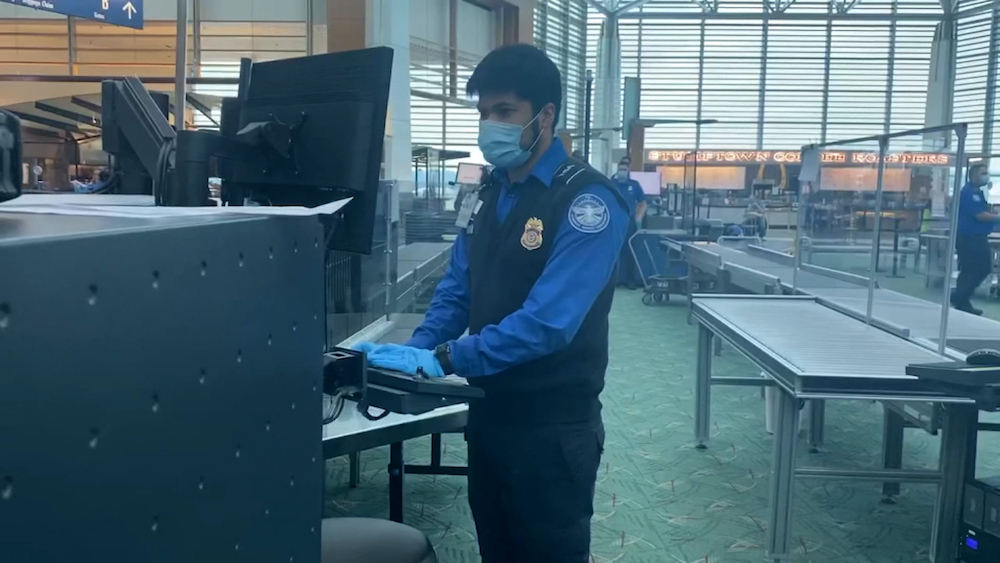 (CNN) — A TSA officer is being praised for helping a confused family that landed in Portland, Oregon, instead of their intended destination more than 3,000 miles away in Portland, Maine.

A travel agency booked the family of three on a flight to the wrong airport late last year, and the family didn’t realize the mistake until they landed, according to a statement from the Transportation Security Administration.

TSA Officer Martin Rios was called in to translate for the Spanish-speaking family members because their English wasn’t very strong.

He found out they had arrived at Portland International Airport (PDX) at 7 p.m. the night before and had to spend the night in the terminal.

“They were at the checkpoint. They were trying to see if they could get someone to help them,” Rios told CNN affiliate WMTW. “We were able to figure out that they were in the wrong Portland. … They were pretty surprised, too.”

Rios took the family to a ticket counter to get the correct tickets to Portland International Jetport (PWM) in Maine, the TSA said.

They had only about $200, so Rios used his own money to help them buy the tickets.

“(Rios) is a go getter and the fact that he chose to support these passengers in their time of need was no surprise to both his team and our leadership,” said Senior TSA Manager Jeremy Alanis said in the statement. “Martin is, and has been since day one, a shining example of what it means to be a team player. (He’s) the kind of officer and person any airport in the country would be proud to have as a member of their team.”

He was awarded PDX’s Make the Connection Quarterly Award for his customer service.

“I guess I understood their situation, being in a foreign county and with the language, you can’t really communicate to anyone else and being thousands of miles away from where you’re supposed to be,” Rios told WMTW.

Rios said he’d heard about people flying to the wrong Portland by mistake, but this was the first time he’d seen it himself.

He said he hasn’t heard from the family since the incident and hopes they got to where they needed to go safely.

“However much I helped them with, it might not have seemed like a lot to me, but it was a difference for them,” Rios told WMTW.