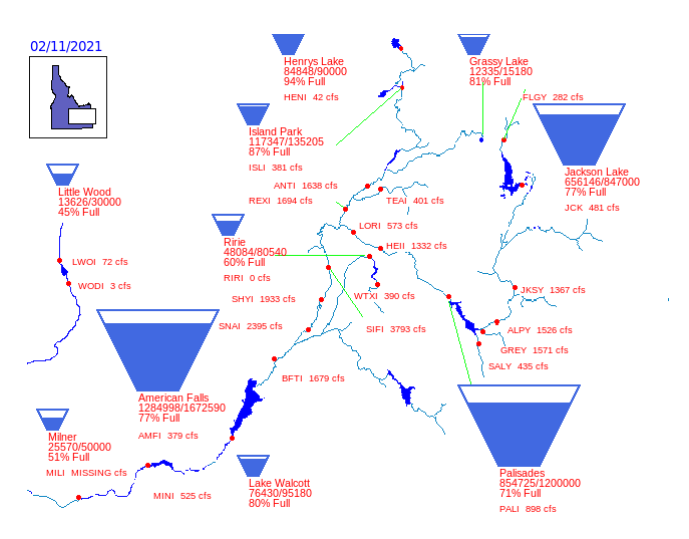 Over the last four months, more severe drought is beginning to settle over the Bear River area into the northern Wasatch region of Utah.

NRCS hydrologists say their biggest concerns include the Bear, Portneuf, Wood, and Lost River basins, where below normal run-off is expected this spring.   That could result in potential shortages at Big Wood, Magic, Oakley and Salmon Falls reservoirs.

In the near-term, the National Weather Service is predicting some active snow storms that could bring 18-24 inches of snow to the Upper Snake River Valley.

As a result, Idaho Power Company reported it expected an aggressive cloud-seeding effort to entice more moisture out of passing storms.

So far this year, there have been 30 flights.  Those cloud-seeding flights focus on storm systems.   The utility and its partners conduct an average 64 flights in a normal year.   More flights and more ground generator activity is expected in the coming weeks.

On the positive side, the U.S. Bureau of Reclamation Upper Snake Field Office told the committee that water storage is above normal in the Upper Snake Region.    The office reported the following statistics Friday:

No major releases are planned at this time.  With the exception of American Falls, which is a little behind its average fill rate, most upper valley reservoirs are expected to fill this year.