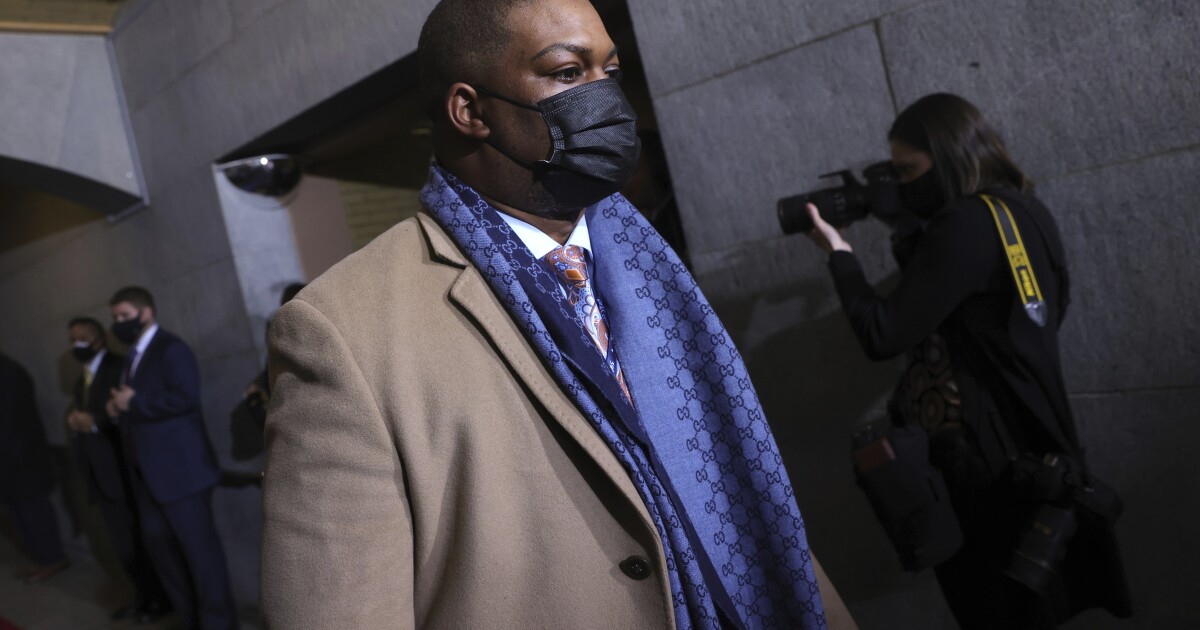 As the Senate impeachment trial closed for the day on Friday, Senate leaders Chuck Schumer and Mitch McConnell joined together in a resolution to award Capitol Police Officer Eugene Goodman a Congressional Gold Medal.

The entire Senate gave a rousing ovation to Goodman, showing a rare and refreshing moment of bipartisanship in the chamber.

Goodman was among the Capitol Police officers who responded to a mob of supporters of President Donald Trump who stormed the US Capitol on Jan. 6 during the counting of Electoral College votes.

Security camera footage released this week showed Goodman rushing toward Sen. Mitt Romney who was outside the Senate chamber. Goodman helped Romney get away from the rioters moments before they reached the area outside of the Senate.

Goodman is then seen coaxing the rioters away from the Senate chamber. House impeachment manager Stacey Plaskett said senators were still inside the chamber at that moment.

On Thursday, House Speaker Nancy Pelosi announced a similar proposal to award a Congressional Gold Medal to members of the Capitol Police for their actions on Jan. 6. One-hundred and forty officers were injured and one was killed amid the violence at the Capitol. Two other officers died by suicide in the days following the insurrection.

0 0 0 0
Previous : FACT CHECK: Trump’s team glosses over his Jan. 6 tirade
Next : ISP urges everyone to drive safe during winter conditions after close call