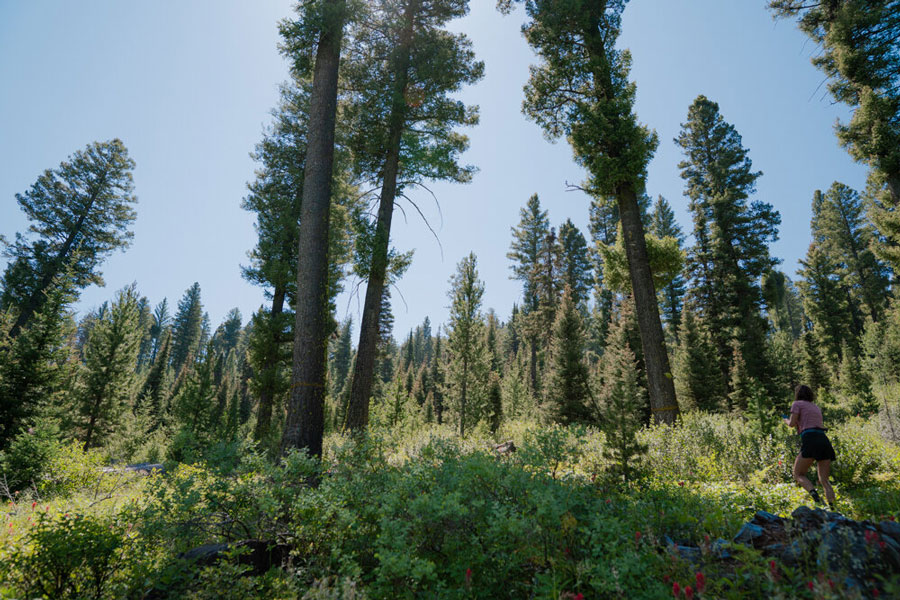 KILGORE — There is a long history of digging up gold in Idaho.

Idaho’s deep calderas have opened the Gem State up to not only the feverish pioneer rush to pan for the gold in the 1800s, but continue to fuel modern-day speculators looking to mine the precious metal.

Canadian-based company, Excellon Resources has its eye on about 22 acres of forest land in the Dubois Ranger District in Clark County, about 80 miles north of Idaho Falls located in the heart of the Greater Yellowstone region. The company believes the region holds enough gold to operate an eventual open-pit mine for three up to five years. More specifically, they’d like to build an open pit, heap leach, cyanide gold mine, which were outlawed in neighboring Montana in 1998 due to environmental concerns.

But before the company can start exploring this wild and remote area for mining opportunities, the U.S. Forest Service will have to review public comments about the Environmental Analysis of the project. The forest service has been taking comments for part of the last two months.

EastIdahoNews.com has received multiple letters from people in opposition to the project, who were actively encouraging others to comment against the project.

“This style of mining is so destructive to the environment that it is banned a mere 10 miles to the north in Montana,” reader Sandy Hult said in an email. “If this project goes forward, it’s not just public lands, fish, and wildlife that stand to lose — hunters, anglers, and recreationists also will directly feel the brunt of these negative impacts.”

However, given the resources Excellon Resources believes is in the area, the company sees this as a very lucrative project, according to to project documents. The company is projecting that they could potentially mine about 825,000 ounces if the project is approved through the Caribou-Targhee National Forest or an estimated $1.50 billion in gold.

The state of Idaho and the Forest Service would not realize any royalties from the project because the company is based in Canada.

If approved, the project would include 130 drilling stations on drilling pads that would operate 24 hours a day, 7 days a week from July through December, and would be accessed through the construction of 10 miles of new roads. The project is located at the headwaters of Camas Creek which is a part of the Camas National Wildlife Refuge watershed and the Snake River Aquifer.

This is the second attempt for the company to explore the region in anticipation of gold extraction. The Otis Gold Corporation which was purchased by Excellon Resources along with the Kilgore Project in April 2020, ceased exploration in May after an Idaho judge ruled the Forest Service had not satisfactorily vetted the project. More specifically, the Forest Service did not adequately address adverse effects to the groundwater near Dog Bone Ridge, an area home to threatened Yellowstone cutthroat trout.

The case was brought forward in 2018 by the Idaho Conservation League and the Greater Yellowstone Coalition.

“Simply put, this new environmental assessment is basically the same as the old one,” Kathy Rinaldi, GYC’s Idaho conservation coordinator, said in a news release on Jan. 11 regarding the second attempt by the Forest Service to mitigate the project. “It does little to address our concerns about fish habitat and water quality impacts to this rugged and vital landscape. Idahoans deserve more than a cursory rubber stamp when it comes to their wildlife and water resources.”

Once the U.S. Forst Service has analyzed public commentary they will make a decision about the project.

For more information about opposition to the project visit the Greater Yellowstone Coalition website.

0 0 0 0
Previous : Get ready for Trump’s defense
Next : Man arrested after firing gun at police officers