Video of Jenna Holm in court as body and dash camera videos are played in court from the incident that killed Bonneville County Sheriff’s Deputy Wyatt Maser in May 2020. A judge only allowed the recording and broadcast of the audio, but not the actual screen during court. | Eric Grossarth, EastIdahoNews.com

EDITORS NOTE: Some viewers may find the audio contained in the video in the player above disturbing.

Maser’s widow sat in the courtroom dressed in blue as she listened to the proceedings, briefly leaving the courtroom as prosecutors played body and dash camera videos from that morning.

During the hearing, several people testified about the events of May 18, 2020.

The incident began after a witness, Kent Buttars, called 911 early that morning, saying he saw an overturned car along the side of Bone Road and a woman walking away wielding a machete. The road winds through a rural area less than 10 miles east of Ammon in the foothills.

Deputy Benjamin Bottcher arrived at the scene first, around 5:20 a.m. He found Buttars, and a distraught Holm yelling and swinging the weapon.

“I’ve never witnessed or seen anything like this in my life,” Buttars testified Thursday. 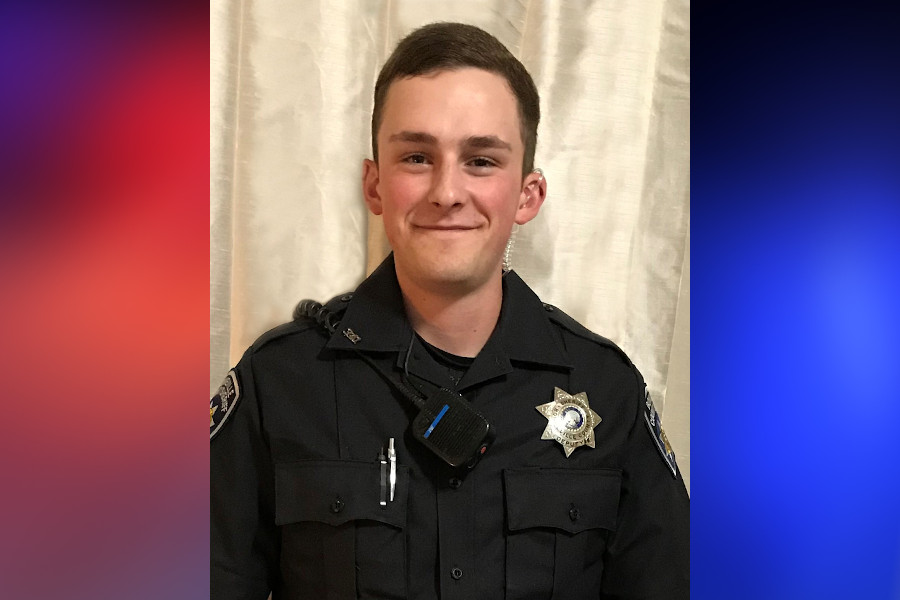 Buttars asked how he could help, and Bottcher asked him to drive down the road and block traffic. Bottcher had dealt with Holm just days earlier at the Crisis Center in Idaho Falls. He told the woman he was there to help her and asked her to put down the machete.

In the body camera video shown in court, Bottcher followed Holm, and he radioed to other units that he was a mile south of where his patrol vehicle was parked. He eventually said that Holm was running south on Bone Road. However, Bottcher was wrong. He and Holm were actually a half-mile to a mile northwest of his patrol vehicle as the woman ran northwest.

“I just lost my bearing of direction because it was a chaotic incident,” Bottcher said in court.

In the minutes that followed, Bottcher kept talking to Holm, saying she could trust him. As she appeared to calm down, Bottcher radioed “Code 4,” which he said meant he could handle the situation. During this, Bottcher had his Taser drawn and kept his distance from Holm.

Meanwhile, Buttars did not leave the scene to go block traffic, instead, he crept down the road in front of Holm. Bottcher continued to yell for Buttars to drive to a nearby intersection to stop traffic. It was not clear if Buttars heard Bottcher’s instructions due to windy conditions.

Bottcher kept communicating with Holm, whose statements were difficult to understand on the video. Two other vehicles also passed by as the incident unfolded.

Around 5:28 a.m., Maser arrived. He jumped out of his patrol SUV and put himself eight to 10 feet away from Holm. Maser drew his gun, pointing it at the woman, while Bottcher told him to back up and give space to the apparently confused Holm. 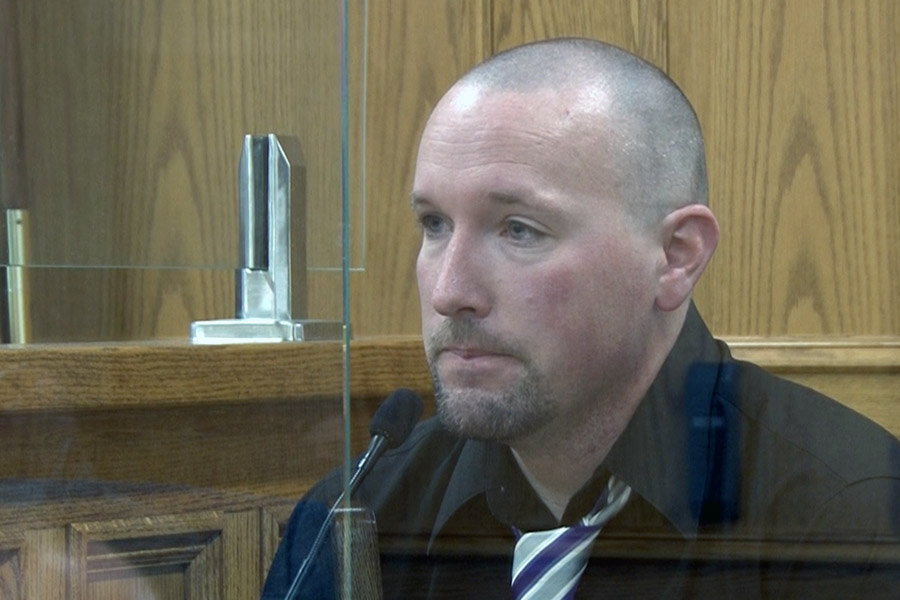 While Maser and Bottcher dealt with Holm, Sgt. Randy Flegel also drove towards the escalating scene. At some point, Holm is seen raising the machete while running towards Maser and hitting the truck belonging Buttars.

Then, without warning, the blue and red lights of Flegel’s SUV appeared out the corner of Maser’s body camera before it went dark. Flegel had just hit Maser, killing him. Timestamps on Maser’s body camera showed Maser had only been on scene for about a minute before his death.

Maser’s patrol SUV did not have the flashing blue and red lights, but white “scene lights” illuminated the front. Bottcher’s SUV also had the same scene lights on the front, with emergency lights shining from behind.

In the seconds just before Maser was hit, Bottcher pulled the trigger of his Taser, hitting Holm and sending her to the ground. For about a minute, Holm was repeatedly shocked, as deputies tried to gain what prosecutors called compliance. Bottcher said he continued to employ the taser because Holm kept trying to grab the machete.

The video stops when Bottcher places handcuffs onto Holm.

Maser died at the scene, and an ambulance took his body to Eastern Idaho Regional Medical Center. Deputies also called in the Idaho State Police to investigate what happened.

ISP Detective Michael Cox served as the lead investigator on the case. He testified Thursday that GPS data from Flegel’s vehicle showed him driving 53 miles per hour in the seconds before hitting Maser. Few details about Flegel or his body and dash camera were shared during the hearing.

Cox also said he reviewed jail calls from Holm. In one call, he said Holm mentioned before the incident, she took “a shot” of what she believed to be meth. However, it is not clear if Holm ever took a shot or was under the influence when Maser was killed.

The Bonneville County Sheriff’s Office could not say if there was an internal investigation when prosecutors charged Holm in September 2020. The office also denied EastIdahoNews.com’s record request for all reports, dash camera footage and body camera footage related to Maser’s death, citing their involvement in the investigatory process.

Holm’s preliminary hearing is scheduled to continue Friday at 9 a.m.