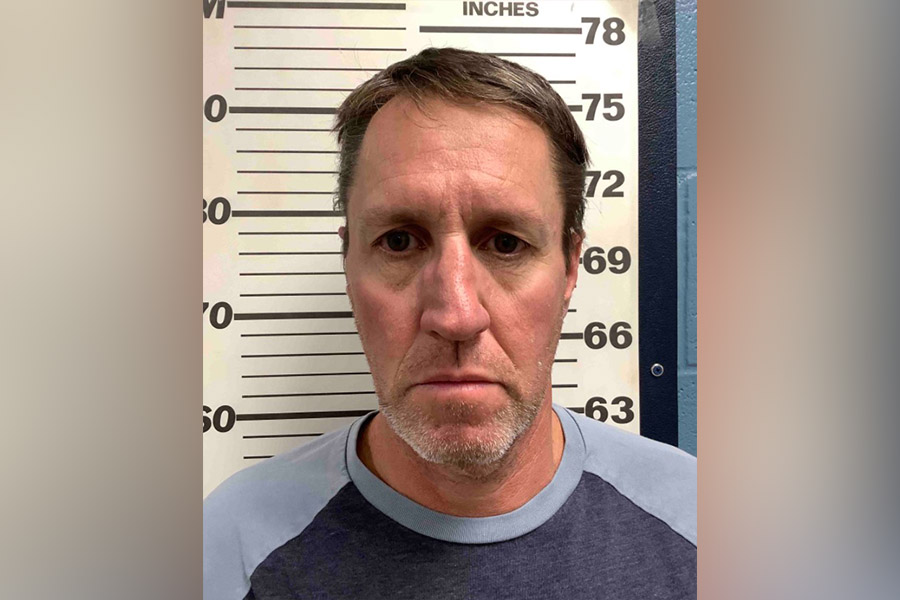 REXBURG — A former Nevada firefighter will spend the next 18 months on probation for threatening a man he thought slept with his daughter.

Christopher Paul Blackburn, 52, was sentenced Wednesday after pleading guilty to misdemeanor charges of battery and assault where fear is imminent. The Rexburg Police Department arrested Blackburn on Dec. 10, 2020, after a Brigham Young University-Idaho student was assaulted on Main Street.

As part of a plea agreement, a felony aggravated assault charge was amended to the misdemeanor.

Magistrate Judge David Hunt handed down the sentence and opted to withhold judgment in the case. A withheld judgment means if Blackburn is successful on unsupervised probation, the conviction could be removed from his criminal record.

Blackburn, a retired Clark County, Nevada, battalion fire chief, punched the student in the face twice and said “he had a gun with a bullet with the victim’s name on it” if he did not stop sleeping with his daughter, according to an affidavit of probable cause obtained by EastIdahoNews.com.

Blackburn left the area before police arrived, but an officer reached him on the phone.

“He stated that I would have done the exact same thing if my daughter was being raped by this kid such as his daughter was,” the officer wrote in his report.

It is not clear if Blackburn’s daughter was ever sexually assaulted.

Officers caught up with Blackburn, who invoked his Miranda rights and would not talk with police. Blackburn was arrested and inside his car, court documents indicate officers found a suitcase containing a loaded gun with a bullet in the chamber.

In addition to the time on probation, Hunt ordered Blackburn to pay $815 in fees and fines, according to court records.