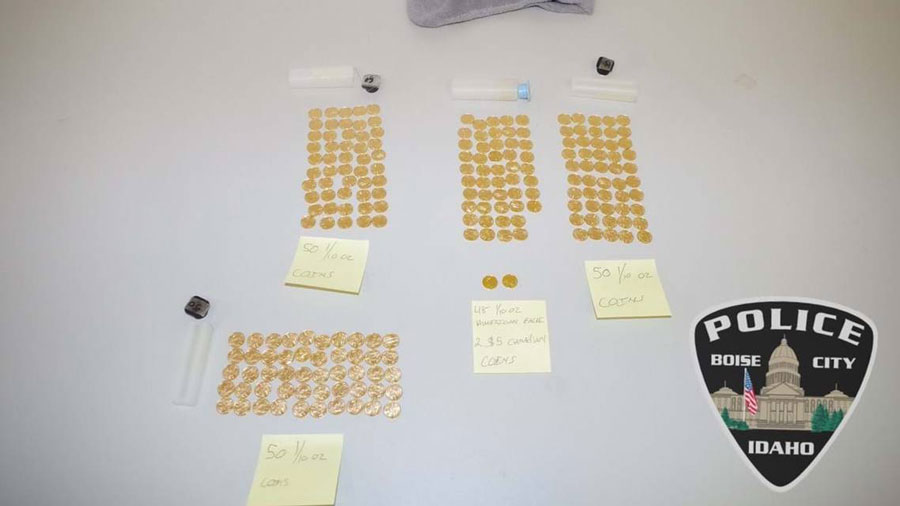 BOISE (Idaho Statesman) — Police spent half a year searching for lost gold coins — and found them in the suspect’s backpack, the Boise Police Department said.

Boise police detectives worked to recover more than $1 million in items taken from a family’s estate, including the gold coins, the department said Thursday in a news release. The suspect, identified by police as John Neuenschwander, was arrested Tuesday in the 2600 block of W. Fairview Avenue.

“BPD Property Crimes detectives had been working on the investigation and searching for the suspect … for six months,” police said in the release.

Neuenschwander, 53, had $300,000 in gold coins in his backpack at the time of his arrest, according to BPD.

On Wednesday, detectives said they recovered an additional $600,000 in gold coins and jewelry, art, guns and other items from the family’s estate.

Neuenschwander was booked on a felony grand theft charge and is in the Ada County Jail, police said. The investigation is continuing.

0 0 0 0
Previous : COVID survivors might need one vaccine dose, not two
Next : Doctors weigh in on concept of delaying second dose of COVID shot