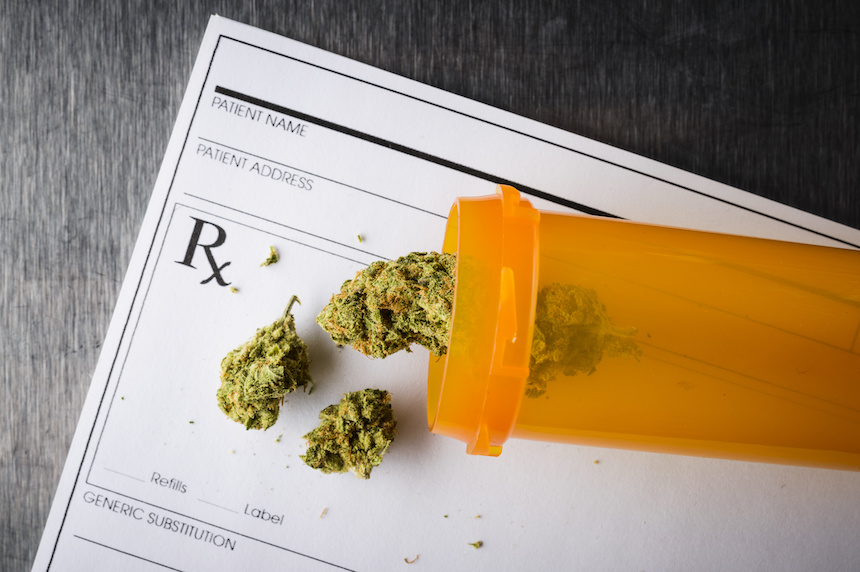 BOISE (Idaho Statesman) — Jeremy Kitzhaber, a retired senior master sergeant of the U.S. Air Force with Stage 4 terminal cancer, on Monday morning showed up to an Idaho Legislature committee meeting with a draft bill and a bag of pills.

He demonstrated to state legislators the medication he needed on a daily basis to keep him alive — hydrocodone, oxycodone, pills to help with the bowel obstruction caused by the opioids, and a cancer inhibitor drug, to name a few.

He presented to state legislators a bill he crafted to decriminalize medical marijuana.

Rep. Mike Kingsley, R-Lewiston, and Rep. Ilana Rubel, D-Boise, sponsored the bill and emphasized the need for alternatives to patients dependent on opioids. Kingsley spoke of constituents on the border of Washington who told him they feel like criminals as soon as they cross state lines.

“It’s just really important to do this for Idahoans,” Kingsley said in a committee Monday.

Rubel said Idaho is estimated to get about $20 million in revenue from sales and excise taxes if the bill passes — enough to cover the cost of administration, she said.

The bill would allow individuals or caregivers to apply for a medical cannabis patient card if they get it prescribed from a practitioner. But it’s more restrictive than other states — it limits the prescribed amount to 4,000 milligrams of either THC or the liquid processed form of cannabis, or 60 grams of unprocessed cannabis flower with no more than 22% of THC. A terminally ill, hospice or cancer patient can get up to 20,000 milligrams of THC from a practitioner.

The legislation lists a series of conditions permitted to be prescribed medical cannabis, such as cancer or terminal illness. But it also allows medical practitioners to identify other medically debilitating conditions that would benefit from a prescription of marijuana.

No vaping would be permitted under the bill. Kitzhaber said he wanted to ensure the bill was written in a way to appease fears it would be a “slippery slope” to recreational pot or make it easier for children to access the drug.

The new bill runs counter to the constitutional amendment approved by two-thirds of the Senate last week. If Senate Joint Resolution 101 passes as it’s currently written, it would ban medical marijuana alongside other currently illicit drugs in Idaho that haven’t been approved by the Federal Drug Administration.

SJR 101 would need approval from two-thirds of the House and a simple majority vote from the public in the 2022 general election. It narrowly received the needed two-thirds vote in the Senate.