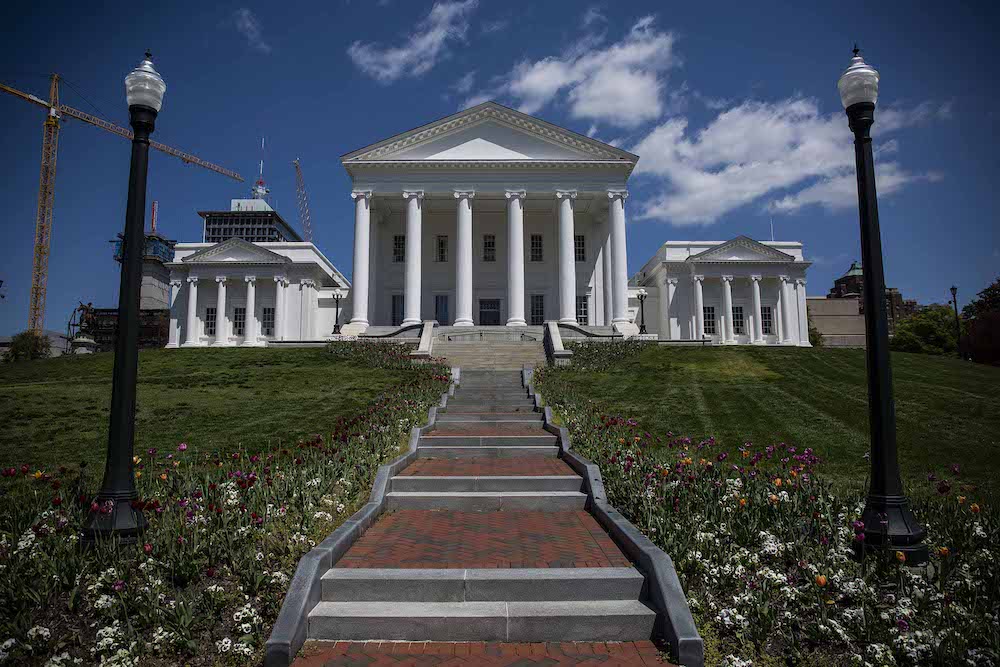 (CNN) — Virginia is set to become the 23rd state to abolish the death penalty, after the state House of Delegates passed legislation Friday that would end capital punishment in the Commonwealth a day after the state Senate passed a similar bill and the governor said he plans to sign it.

Friday’s vote on the bill in the House of Delegates was 57-41, with three Republicans joining the Democratic majority in support of the measure.

Virginia’s Democratic-led Senate passed their version of the bill on Wednesday on a party-line vote, and it was referred to a House committee Friday.

The two bills will need to be approved by the other chamber, and Virginia House Democrats are “confident that both bills will be passed by both chambers, as they are identical,” the majority’s press secretary Kate Sarna told CNN.

But Friday’s passage in the House effectively guarantees the legislation will reach the governor’s desk.

Virginia’s Democratic Gov. Ralph Northam supports abolishing the death penalty, and after the Senate’s vote on Wednesday, said he looks forward to signing the bill.

Virginia has executed more than 1,300 people — more than any other state since the Jamestown colony’s first recorded execution in 1608 for espionage, according to the Death Penalty Information Center.

If the bill is signed into law, Virginia would be the first southern state to repeal the death penalty since the US Supreme Court reinstated the punishment in 1976.

Debate among the Virginia lawmakers this week over the bill has been emotionally charged.

Ahead of the final vote Friday, GOP state Del. Jason Miyares, who voted against the bill, argued that the death penalty is not about revenge, but about justice for the victims.

During Thursday’s debate on the bill, Miyares, a former criminal prosecutor, held up pictures of murder victims in Virginia, describing the horrible and violent ending to their lives, and arguing that “victims have been completely left out in this debate over the death penalty.”

The House bill’s sponsor, Del. Mike Mullin, and other Democrats argued that the death penalty should be abolished because it “is immoral, racially biased, ineffective, and costly.”

“What keeps me up at night is that we run the risk of executing an innocent person,” the Democratic lawmaker said in a statement.

Democratic Del. Mark Levine got choked up on Friday as he shared emotional testimony of how his sister Janet was murdered by her husband.

Levine said that the House bill is not about him, or the victims, but “about the fact that the state may end up killing innocent people.”

“Killing someone else doesn’t bring Janet back to me,” Levine said, adding that wrongfully executing an innocent person would be “evil.”

Some Senate Republicans had objected to that chamber’s bill because it did not include a mandatory minimum life sentence for aggravated murder without the possibility of parole. There were two inmates on death row in Virginia as of December 2020, according to Virginia’s Department of Corrections.

The House also voted Friday to legalize recreational marijuana in Virginia by a vote of 55-42, with two abstaining, and the Senate later Friday passed its own measure by 23-15.

If the legislation is signed by Northam, Virginia would become the first Southern state to legalize recreational use.

The measures would also provide a process to automatically expunge certain marijuana-related convictions.

According to their summaries, the bills have staggered effective dates and would allow retail marijuana sales to start on January 1, 2024, while certain provisions do not become effective unless reenacted by the 2022 session of the General Assembly.

Northam has pushed for marijuana to be legalized this session and signed legislation last year that decriminalized marijuana possession.

CNN has reached out to his office requesting comment on Friday’s votes.

0 0 0 0
Previous : More snow and wind moving through the region
Next : How you can make Valentine’s Day a little better for seniors